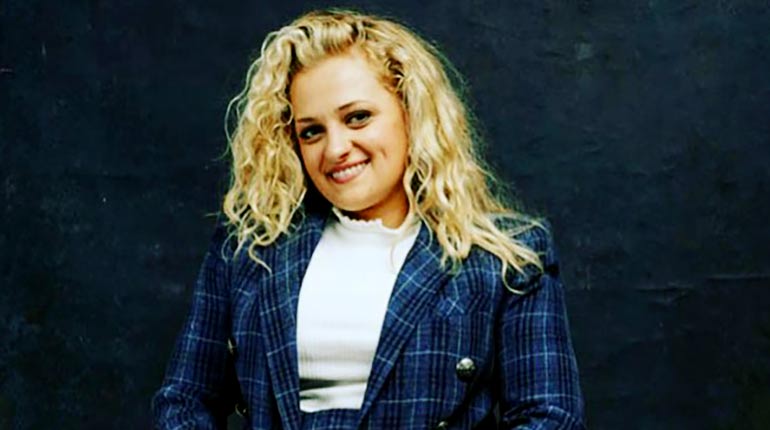 Ali Stroker is an America singer and actress. You probably know her already since she is the first actress that uses a wheelchair for movement to appear on Broadway stage. She is also the first actress on a wheelchair to win a Tony Award (73rd annual). Ali was a finalist in the second season of The Glee Project that featured in Glee, Spring Awakening, Oklahoma! In 2015, she played the role of Anna in Deaf West’s revival of Spring Awakening. Early this year, Ali received Tony Award for Best Featured Actress in a Musical performance.

You must be wondering what sort of horrible accident rendered Ali Stroker in this state. We have an entire bio on her, including her net worth, family, married life, and husband.

Who Is Ali Stroker?

Alyson Mackenzie Stroker is an American singer and actress born on June 16, 1987. Ali has blonde air with eyes and is a Gemini. Ali was raised in Ridgewood, New Jersey and attended Ridgewood High School, where she participated in school musicals and was a senior class president. The Tony winner is a graduate with a degree in Fine Arts at the University of Tisch Drama Department in 2009.

When she was only seven years old, she saw her first Broadway show and decided to join acting. The 32-year-old completed her training at the Summer Musical Theater Conservatory program at Paper Mill Playhouse in New Jersey.

Later, Ali continued to perform at Kennedy Centre as well as in the production of the 25th Annual Putnam County Spelling Bee. Ali’s professional career officially began in 2011 when she featured in a short film I was a Mermaid, and Now I’m a Pop Star. In 2012, she experienced a breakthrough in her role and starred in The Glee Project, a reality TV series. 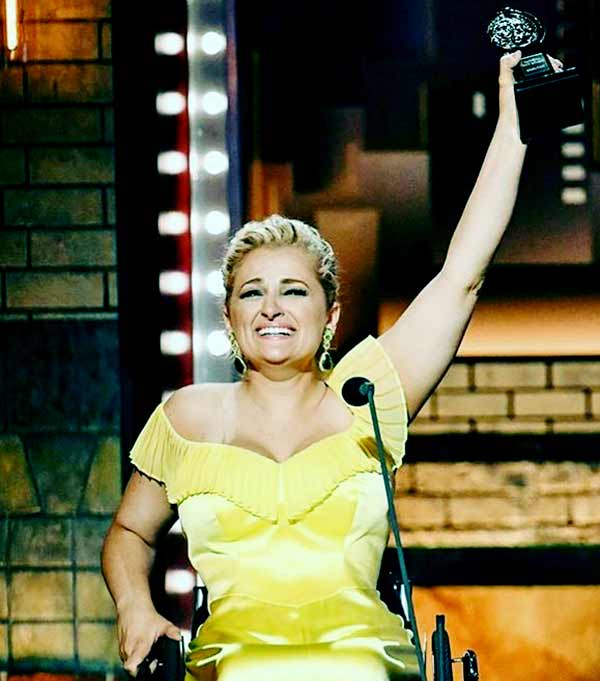 She has also appeared in Lethal Weapon (2018), Ten Days in the Valley (2017), Instinct (2018) and Drunk History (2018). Ali’s awards include the Tony Award and Barrymore Award. Ali’s Tony Award was an inspiration to every disabled kid who has a challenge or limitation and has been waiting to see him/herself presented in the arena.

Ali is yet to state her salary, and her estimated net worth is still under review according to online sources. However, some online gossip sources estimate that Ali Stroker’s net worth is around $4 million. These figures are still speculations because her salary and earnings are yet to be made public. Ali’s primary income and net worth come from being a Stage Actress.

For the 32-year-old actress to have such an impressive net worth in just the inception of her career is commendable and gets us wondering about how huge her salary must be? Her salary, however, will be calculated and established on a later day. 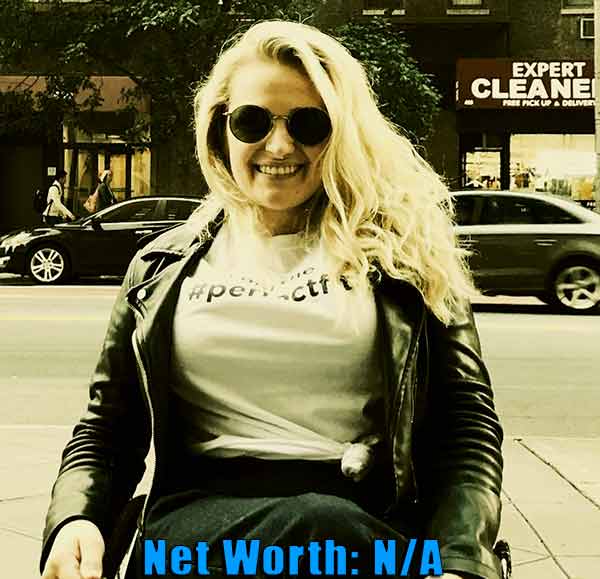 Singer, Ali Stroker net worth is currently not available

Is Ali Stroker Married to Husband or Dating to Boyfriend?

Ali Stroker is not married to a husband. We say this because Ali identifies herself as a bisexual and has dated Dani Shay, her fellow contestant in The Glee Project contestant. While they were dating Ali also featured in Dani’s music video titled ‘Let it Snow’ which has many romantic pictures of the gay couple including one of the two sharing a kiss. They were such a good couple, but sadly the couple broke up after dating in 2012 and with that ending our dreams of seeing Ali as a wife when the two got married. 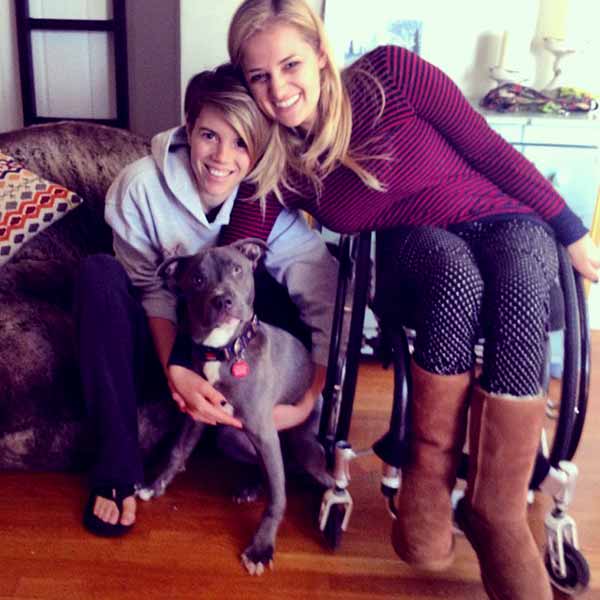 Currently, Ali Stroker is dating David Perlow, an actor, and director. Ali and her current boyfriend David are directors ofATTENTIONTheatre, which aims to help even more disabled actors to get stage roles and opportunities in an acting career. They are such a cute couple, so we certainly hope that they share plans to get married someday and have children and have children. We can undoubtedly picture David to be a good husband for Ali.

Ali grew up with her parents Jim Stroker and Jody Schleicher. She also has a younger sister, Tory and an older brother, Jake.

Ali Stroker Car Accident: How Is She Doing Now?

When Alyson was two years old, she was involved in a car accident, which affected her spinal cord and left her unable to walk. Due to being paralyzed from the chest down, Ali uses a wheelchair. Despite her disability, Ali strived to achieve her dream of being an actor. It is clear that she is doing well now and is a hope for many disabled people as she proves that disability is not inability. 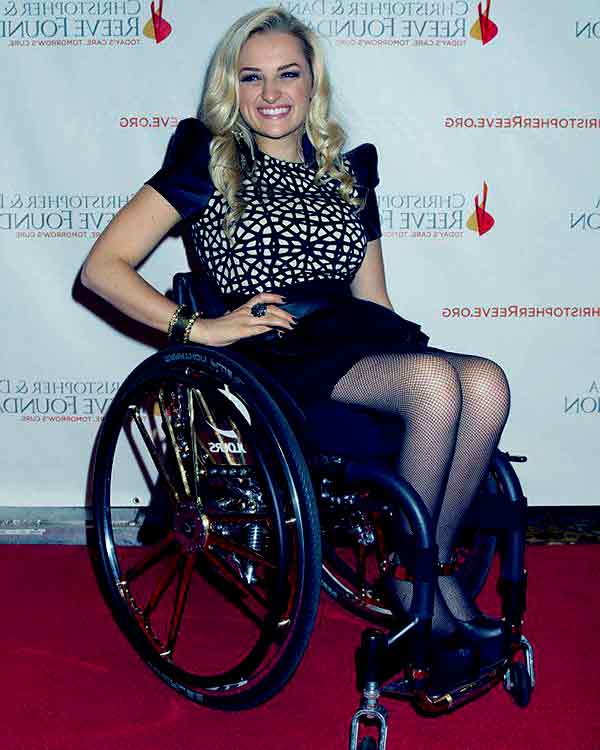 Ali Stroker uses a wheelchair due to a car accident

Ali identifies as a bisexual and has previously had a romantic relationship with one of the female contestants of The Glee Project. Ali is an advocate and the co-chair of Women Who Care, an organization that supports United Cerebral Palsy of New York. Besides that, she is one of the founding members of Be More Heroic, an anti-bullying campaign that visits different countries annually and connects with students. Outside acting, Ali sings in Mezzo-Soprano and holds wheelchair racing national records.

Ali Stroker is the first female wheelchair actress to win a Tony Award, and this inspired many young disabled people to strive for greatness. She is bisexual and has dated a female contestant previously but is now dating David Perlow although they are not married yet and have no children. Her net worth is still under review.