American actor, Brian Geraghty stepped into Hollywood from his role in the blockbuster movie ‘The Hurt Locker.’ For his character, the actor received a Washington D.C. Area Film Critics Association Award and Gotham Award for Best Ensemble categories.

Moreover, Brian Geraghty portrayed the role of Sean Roman on NBC’s series ‘Chicago P.D’ and also appeared in Chicago Med and Chicago Fire. This actor now has amassed h huge fans following, and his fans are curious to know about his personal life and what is he doing after he has left Chicago P.D.

Here, we have collected some information on this talented veteran actor. So, let’s take a closer look below.

Who is Brain Geraghty?

Full name; Brian Timothy Geraghty was born 13 May 1975 to Dennis Geraghty and a loving mother, in Toms River, New Jersey, USA. He holds American citizenship and is of Irish descent.

Brian completed his school education from Toms River High School East in the year 1993 and then joined at the Neighborhood Playhouse School of Theatre, where he studied acting.

After graduating, he moved to New York City to pursue his career in acting and later flew to Los Angeles in Los Angles to work in movies and televisions.

Brian Geraghty, who is famous for his role as Detective Sean Roman on Chicago P.D, left after two seasons. After he decided to leave the police force, Roman was shot and leaving several injured. In Season two finale, he asked his love, Kim Burgess, to move with him to San Diego. Subsequently, the two came to mutual understanding, and Kim decided to stay in Chicago.

The executive producer, Matt Olmstead, told TVLine, Brian joined the show in Season 2 and had signed a year-to-year contract. He added, Geraghty exit the show to focus on other projects. After the third season was aired, the Chicago P.D. viewers shocked at the move. Meanwhile, his co-star Jesse Lee Soffer took to his Twitter and tweeted, he’s going to miss Brian.

In all honesty I'm going to miss Brian Geraghty a lot. Already do. #ChicagoPD #ChicagoPDFinale

What is Brian Geraghty Up to Now?

After he left Chicago P.D, Brian played the lead role as Theodore Roosevelt, an NYPD Police Commissioner in the TNT drama ‘The Alienist‘ in 10 episodes in 2018. That same year, he made his debut in the movie ‘The Standoff at Sparrow Creek’ as Noah.
In 2019, Brian recently starred as Florida Defender Dan Dowd in Netflix’s Extremely Wicked, Shockingly Evil, and Vile.

Brian is currently working for his new projects ‘Brianpatch,’ which will be aired in 2020. He will appear as Gene Colder, a model cop and citizen opposite Rosario Dawson. A few weeks ago, he posted some clip of the series on his Instagram with the caption, “I LOVE THIS JOB.”

Personal Life: Married or Single or Gay? Any Children?

As a TV and movie actor, the Chicago Med actor’s dating life has been a great matter of concern for both fans and media. Well, the 44 years old actor has been linked up with many ladies. Back to the date, in 2009, Geraghty was in a relationship with actress Laura Ramsey. The two dated for a year and parted their ways after they realized that the relationship wasn’t working out. At the time, their relationship made headlines on the media.

However, he found love again after he remained single for a year on the set of the movie ‘Audrey Hepburn’s Neck.’ Eventually, he started dating his star, Krysten Ritter, in 2011. She shared the intimated moments on their social profile. However, the duo’s relationship lasted until 2013.

After the breakup, Brian met a Spanish model, Amber Kekich. However, the two didn’t announce anything about their relationship to the media. But if you go through his Instagram, he posted many pictures and also addressed her as a partner, which is the evidence that they were more than just good friends.

Hence, it is unknown whether they tie the knot or not. As of 2019, when it comes to relationship status, he zipped his mouth and ignored it like that.

Further, people speculated that he might be gay. Looking at his past relationships, it is evidence that he was not gay. Back in 2011, Brian appeared as gay in the comedy show ‘Gay Dude, ‘ which may be the reason behind his gay rumors.

Brian has accumulated an amassed wealth from his acting career. He has spent his twenty years working in the entertainment industry and has played different roles in many series and films. Geraghty’s notable movies include We Are Marshall, Easier With Practice, and The Guardian.

However, the net worth and salary are still under the radar. As an actor, he earns an average salary of $49,986 per month. 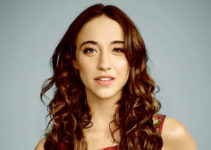 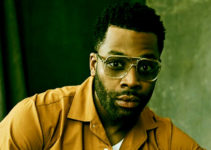 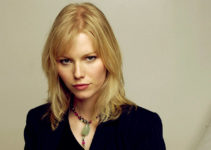 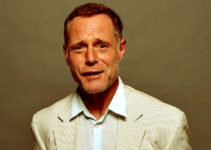