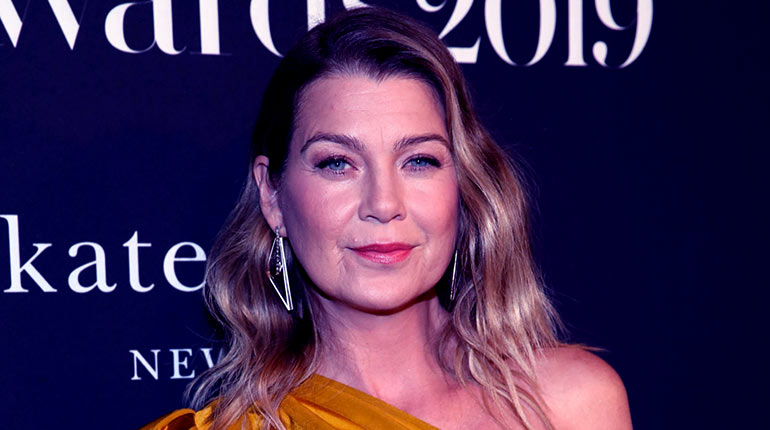 Some actors are not just born to portray a character but are more than similar to the role in real life. There are many such instances from Ryan Reynolds killing it with ‘Deadpool’ in the big screens, to Elle Pompeo’ s ‘Meredith Grey’ in the small screen.

Ellen Pompeo might not be a doctor in real life like her ‘Grey’s Anatomy’ persona, but they are very similar in every other way. Both of them are great mothers, but we rarely get to see her as a mother in real life.

So why not take this opportunity to learn about Ellen Pompeo’s children. Get all info on them along with a short bio on them and their parents.

Before we learn about Ellen Pompeo‘s son and daughters, we think it is best to know her married life and husband. Ellen Pompeo leads a quiet and happy married life with her husband, Chris Ivery. Their first meeting couldn’t have been any more ordinary as the two met in a grocery store in 2003. Over the years, they will remain in contact with remaining friends for six months before they finally started dating each other.

When asked about their relationship and marriage by Plans in 2006, Ellen had this to say, “We were six degrees our whole lives, so I feel like we were meant to be. We’ll get married eventually, secretly.”

Even though Ellen called it, nobody expected her actually to pull through on her words. They got married the next year in 2007 in a small, secret, and guestless ceremony in New York City Hall.

It was quite surprising how she and her husband were able to hide it from the rest of the world, considering that they had New York Mayor of that time, Michael Bloomberg, to officiate their wedding. They also had one guest so-to-say as a witness to their marriages, and it was first Deputy Mayor Patricia Heyes.

They celebrated their marriage the whole weekend and only revealed the news after a few days.

Who is her Husband, Chris Ivery?

Chris Ivery is a music producer from Los Angeles, USA. His most notable work has been the song “Cheers (Drink to that),” which was featured in the TV show called ‘Smash.’ Chris Ivery is black by ethnicity, so he and his wife have three biracial children together; Stella, Sienna, and Eli.

Pompeo’s very well-aware about her bi-racial children’s varied life in today’s American society. She recently spoke up about it in Jada Pinkett-Smith’s Red Table Talk on Facebook Watch, including the heartbreaking moment when her daughters’ friend couldn’t believe Ellen to be her mother.

Ellen’s daughters Stella and Sienna are brown from their father’s African-American ethnicity. Even her son who is white by appearance may have some problems with it in the future

Stella Luna Pompeo Ivery was the firstborn child of Elle and Chris, born in 2009. There is not much information available for Stella. We already get the idea that Ellen Pompeo is very secretive when it comes to her personal life. This seems to be even more accurate in terms of her children.

However, even though we have not much information on Stella from the press, we have dug deep enough to find out intricate details about her like. For one, we know that she is one sassy girl as Ellen had once shared on her Instagram story. Even in specific pictures in her profile, we get to see Stella making the sassiest of faces. 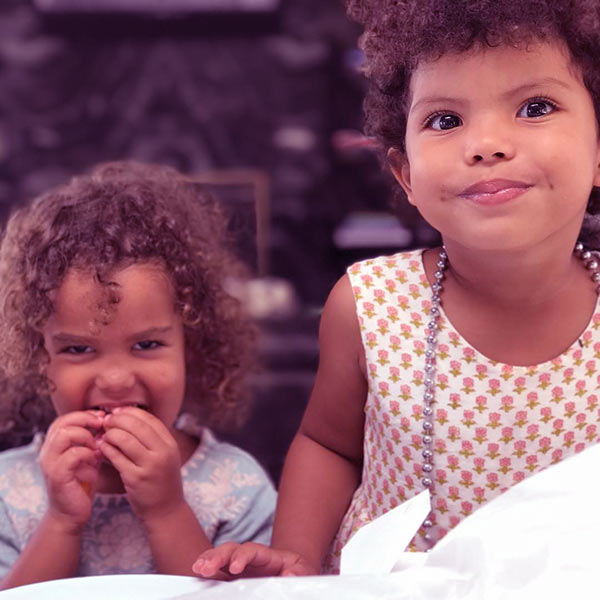 Stella Luna Pompeo Ivery is making the sassiest of faces.

We guess all firstborns are a bit sassy, but that certainly does not mean she is a problem child. Instead, Ellen has also referred to Stella as a perfect sister to her younger siblings. She helps around her mother with other work as well and makes for quite the ideal daughter at that young age.

Ellen and her daughter Stella have also been seen going on play-dates with a fellow celebrity’s children. Nicole Richie’s kids Harlow and Sparrow, are just as good friends with Stella as Nicole is with Ellen. 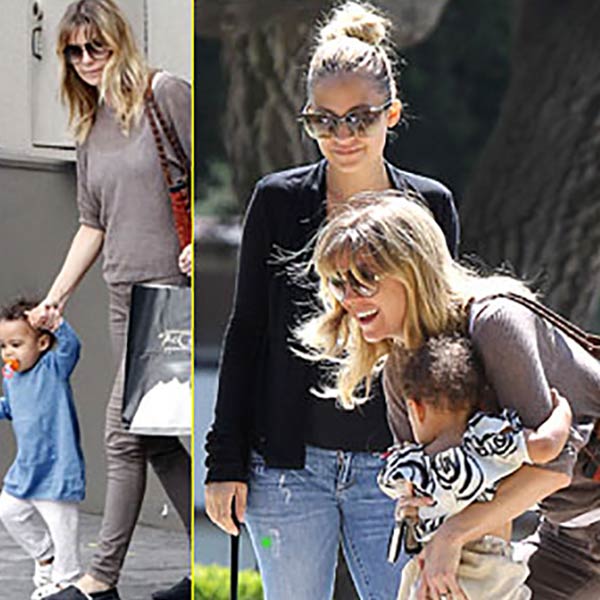 Sienna May Pompeo Ivery held an even bigger secret about the birth of her second daughter, Sienna May, in late 2014. It was only a few hours before she appeared in Jimmy Kimmel Live on October 2014, that she has her second daughter, Sienna May. She told Jimmy Kimmel on the show that a part of the secrecy was because she had Sienna through surrogacy, and protecting her surrogate’s identity was very important.

Sienna was born through gestational surrogacy, which means it was her eggs and her husband, Chris Ivery’s sperm. She commended her surrogate on the show and even helped removed the stigma of surrogacy. She also thanked her ‘Grey’s Anatomy’ cast members for helping her keep the secret.

Even Sienna has very little known about her. Still, we surfed through Ellen Pompeo’s entire Instagram feed to get a little bit better understanding of the 5-year-old. She is very possessive of her mother on their one trip to Italy. Ellen even called her daughter to be her bodyguard, Now isn’t that cute? 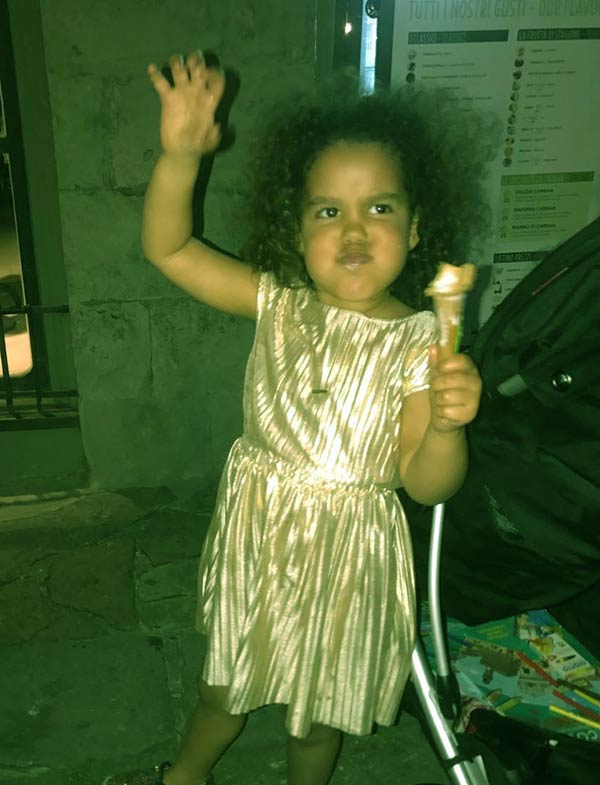 Finally, we have Eli Christopher Pompeo Ivory, who was born in 2016. Once again, there is very little information out there on the youngest of the Pompeo-Ivery kids, maybe because he is the youngest and thus has the least coverage. Like his fellow siblings, even his exact birth date is not known. 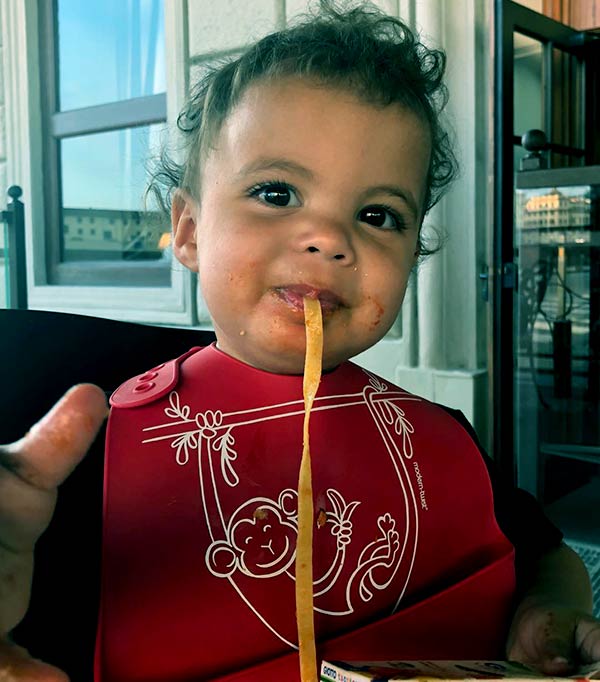 We do know that he certainly shares his parents’ love for Italy. The picture above is from the family’s trip to Italy, and Eli certainly seems to be enjoying some spaghetti. He is not just adorable but a foodie it looks.