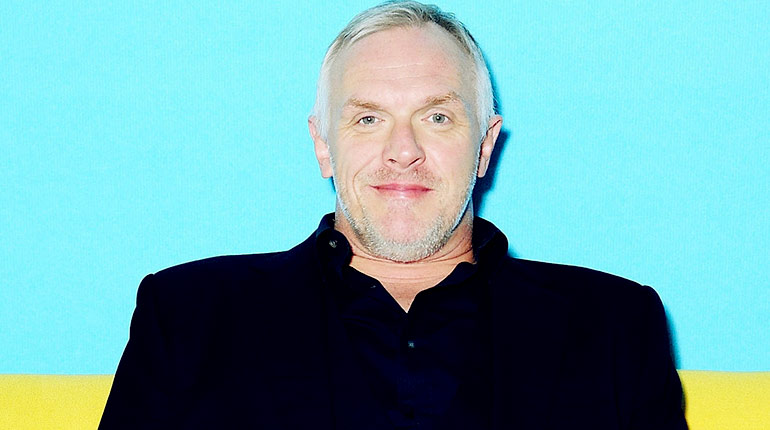 Do you know how Netflix defines a standup act by Greg Davies? His recent tour “You Magnificent Beast” as per Netflix is cynical, raunchy, and witty but it sure is funny as hell. This Wales born funny-man will get you rolling on the floor whenever he pulls a trick out of his hat. Well, he would probably go unnoticed if you see him in a store because any man with 6 ft 8 inches tall stature is hard to recognize, isn’t he?

So, what is it that makes him so special? Is it his jokes on a mid-life crisis, or is it his innocent face that has no business in a stand-up show talking all kinds of witty things to his viewers. Let’s get to know him well, and find out his net worth, career highlights, and personal life facts here!

Greg was born as Gregory Daniel Davies on 14 May 1968 in St Asaph, Flintshire to Bob Davies and Pauline Davies. Actually, he has a funny birth story. As per Greg, his parents were living in England at the time and his father who was a strict Welsh man drove his pregnant wife across the border to make sure Greg was born in Wales. He isn’t the only child to his family, as he also has an elder sister. 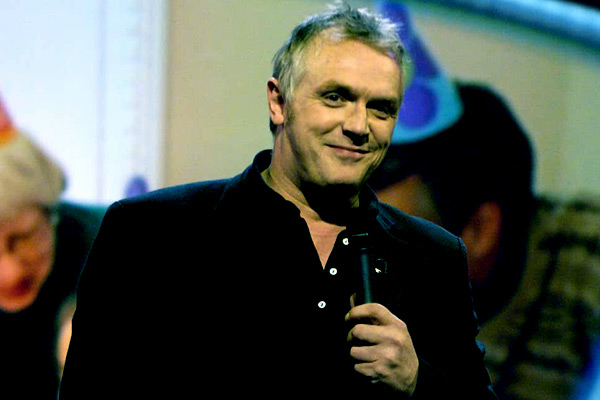 Greg while filming Who Do You Think You Are? found out that he shares heritage with king Owain Gwynedd. Growing up, Davies went to Thomas Adams School in Lowe Hill Gardens, Wem, Shrewsbury and after completing his high school education, he joined Brunel University in Uxbridge, and graduated with a BA in performing arts majoring in English and Drama. He is 6 Ft 8 in/ 1.82 meters tall.

If you wonder why it was so believable in the character of a teacher who just hates his job in Channel 4’s Man Downe than that maybe because he was a secondary school teacher of Drama and English for 13 years.

Greg is very famous for his roles in We Are Klang, The Inbetweeners, Cuckoo, Taskmaster, and Man Down. So, what made him change his career course from being a teacher to an actor-comedian. As per his close friends, he was always a funny person and when he was teaching his students his teachings looked more like an orchestrated act. So, in 2005 he decided to finally give his acting skills a shot, after all, he was a drama major.

In early 2005, Davies played W. G. Grace on Channel 4’s television coverage of The Ashes. Following that, he started doing various standups and was nominated for three Chortle Awards for Breakthrough Act, best Sketch, Character Act, and for the Best Full-Length Show. For three years, he did group gigs and opened up for many artists but in 2010, Davies did his first-ever solo acts Firing Cheeseballs at a Dog, his act was nominated for in Edinburgh Award Festival. 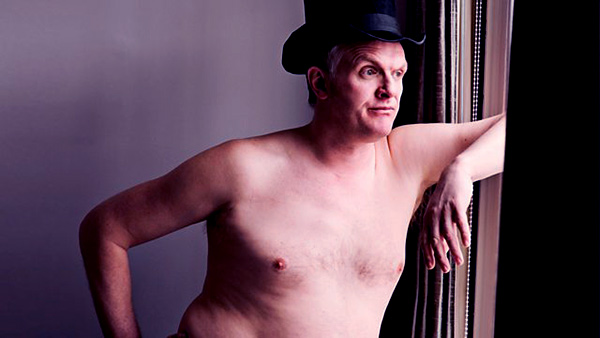 Davies’ Image From Firing Cheeseballs at My Dog

After several tours, Greg in 2013 penned a contract with Channel 4’s and started appearing in a sitcom Man Down portraying Dan who is going through a break-up and absolutely hates his job as a teacher.

In the following year, Channel 4 revived Man-Down and also offered him an opening act before the second season’s premiere. His show was called “The Back of My Mum’s Head”, but following the tour, and a co-actors death, Man Down would return for a second series in 2015.

Currently, he is returning with comedian Alex Horne for another season of a live comedy talent hunt Taskmaster. Currently, his tours are recorded and distributed by Netflix.

Sometimes career gets in between what could have been a relationship of a lifetime. Funnyman Greg Davies and Labour Party MP Liz Kendall dated for eight years. Despite belonging from completely different fields, these two were seeing each other since 2007 and dated till 2015. The pair separated right before the English General Election in 2015.

So, that should prove Greg is a straight man interestingly into girls who are into politics. Boy! Fantasies can take you a long way!

The comedian with numerous shows hit films and TV appearances make a smooth earning. He reportedly receives over $70 thousand per tv appearance, additionally, his Netflix specials earn him over $50 thousand and on the top of that he sells shows on either side of the Atlantic now, so he reportedly has a net worth of over $5 million and makes over $500 thousand over a course of a year.