Lucy has made a name for herself, thanks to her roles appearances in shows like BBC 3’s Live at the electric and Dave’s Alan Davies: As Yes Untitled. But where is Lucy Beaumont from? What are her career achievements? Let’s find it out right here!

Jon Richardson‘s wife Lucy Beaumont is a British stand-up comedian. She was born in 1983, in Hull, England. However, her date of birth is not given anywhere. We assumed her age to be somewhere around 35 or 36, now. 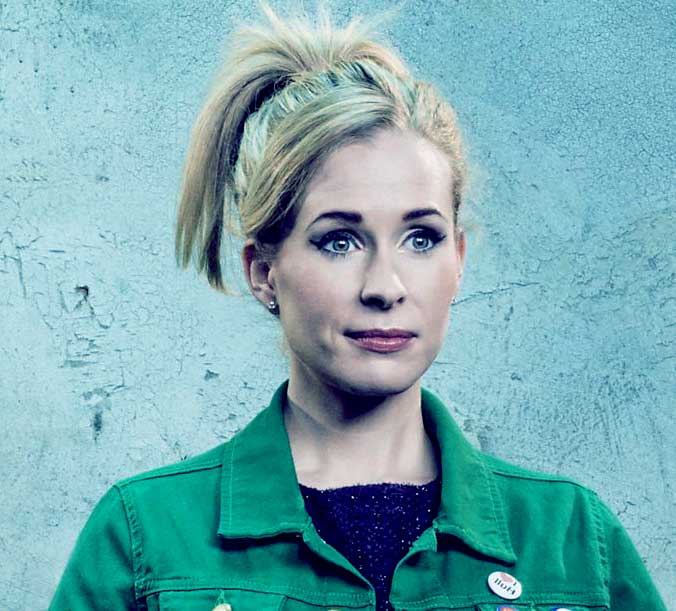 Her mother, Gill Adams, is a playwright and also worked at the meat counter of Asda on Hessle Road, west Hull. She has opened up anything about her father. Lucy studied at Wyke 6th form college.

Though it is unclear whether she joined any college after her graduation, but before becoming a comedian, she briefly was into acting.

Lucy is so lucky to have a husband like Jon Richardson, who also loves making people laugh. Lucy Beaumont married to fellow comedian Jon Richardson in April 2015 after dating for two years. They have been married for four years and are together for six years. 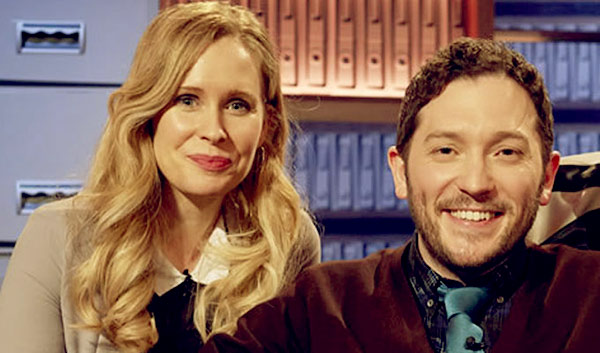 The couple met in the year 2013. However, she has not talked much about the dating life on the camera. It seems like she wants to keep her private life from the public eye. Back in 2018, Beaumont opened up about the strange way Jon proposed her.

She said Jon proposed to her with a butter dish, and the 8 out of 10 Cats team captain presented a ring in a butter dish and on the bottom of the butter dish there was a note saying turn around.

While she turned around, Jon struggling to find out which knee should he be on? However, he expressed his feeling to her and put a ring on her ring finger. Currently, they live in London with their daughter Elsie Louise 3, born in September 2016.

Neither Lucy nor Jon shares a single picture of their daughter on their social media. We can say that the pair put their daughter from the camera and people for security reasons.

Who Is Jon Richardson?

The Lancaster-born funnyman is best known for his appearance on ‘8 Out of 10 Cats’ and ‘8 out of 10 Cats Does Countdown.’ Jon also hosts with Russell Howard on BBC 6 Music. 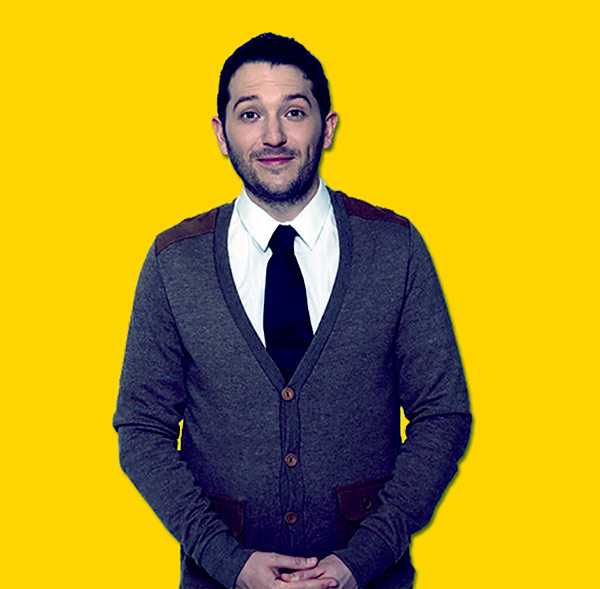 Jon Richardson was born in Lancaster, on 26 September 1982, making his age 37. He also lived alongside fellow comedians Matt Forde and Danny Buckler in Swindon and Surbiton. Moreover, he has revealed the fact that he has an obsessive-compulsive disorder.

Richardson appeared in numerous TV shows, including The Museum of Curiosity, Never Mind the Buzzcocks, Stand Up for the Week, and Would I Lie to You?

How Much is Lucy Beaumont Net Worth?

Professionally, Lucy is a comedian as well as an actress. She is working in this field for almost a decade now. Till date, she has appeared in many shows and makes a good income that adds to her net worth. However, Lucy’s salary and net worth are not disclosed yet. On the other hand, her husband, Jon Richardson, has an estimated net worth of $5 million.

Lucy’s first gig was for the 2011 ‘So You Think You’re Funny’ and she also is the show’s finalist. Then she presented her show ‘We Can Twerk It Out’ at the Edinburgh Festival Fringe in 2014.

For her show, she won an award at Edinburgh Festival Fringe and also appeared on BBC 3’s Live at the Electric. Further, she has been a guest on Dave panel show, ‘Jon Richardson: Ultimate Worrier,’ which hosted by her husband Jon in 2018 and 2019.

Beaumont and Richardson have been filming a comedy series ‘Meet the Richardsons’ that is scheduled to air in 2020.

Is Lucy Beaumont on Social Media?

People search their favourite celebs on different social media platforms such as Twitter, Facebook, Instagram, and other apps to know more about them. Lucy is only available on Twitter, where she has over 4,000 followers. 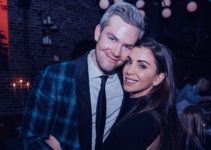