Richard Rawlings net worth in 2018. Know his house, car, and age. 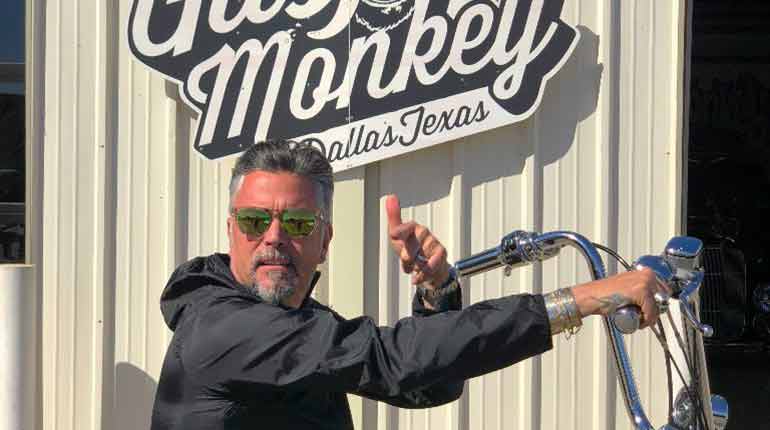 Vroom Vroom. A sound we so often hear in Fast N’ Loud. Fast N’ Loud is a reality TV show that documents the activities in the Gas Monkey Garage in Dallas, Texas. The series was released in 2012 and is presently in its 11th season. Let’s Find Out Richard Rawling Net Worth.

Businessman Richard Rawlings owns the Gas Monkey Garage. You see how homeowners flip homes? That’s precisely what Richard and his crew do. But in their case, its cars been restored and sold at a profit. Shall we look at the bossman himself further? Splendid.

Other than servicing cars, it would appear that Richard Rawlings also loves been of service to people. Why? Well, by the age of 21, Richard had not only been a police officer but had also been a paramedic and a firefighter.

However, his entrepreneurial nature saw him quit these jobs to start a printing and advertising company. The owner of Gas Monkey Garage is just full of surprises isn’t is he? Richard named the company Lincoln Press but sold it in 2004 so that he could set up the Gas Monkey Garage.

Today, GMG serves a global market and has been the setting of a national TV show since 2012. The same year marked the beginning of Richard Rawlings’ TV career. In September 2013, Richard opened the Gas Monkey Bar N’ Grill in NorthWest Dallas. And six months later, another location was opened in Dallas Fort Worth International Airport.

Richard Rawlings’ estimated net worth for 2014 was around $10 million to $15 million. In 2015, he released his autobiography titled, Fast N’ Loud: Blood, Sweat, and Beers. And during that year and 2016, his net worth was thought to be $15 million.

Richard Rawlings house and cars in his net worth

Richard Rawlings has had a passion for cars since he was a young boy. He built cars with his father and accompanied him to auto shows. At the age of 14, a 1974 Mercury Comet. He refurbished it a little and sold it for a profit. And so began his car flipping affair.

Picked up this '73 Dodge Monaco Wagon and I'm trying to figure out if we should build it for next season or just flip it. Decisions decisions…. pic.twitter.com/ltFOWOWQRA

Richard lives in Dallas, Texas but his address is not known. However, last year on February 2017, a YouTube video claimed a 4,000 sq ft home in Strong & Crossen subdivision belonged to Richard Rawlings. And Richard is said to have bought the property in 2015 for $1.7 million.

Richard Rawlings was born in Fort Worth, Texas on March 30, 1969. He is currently 49 years old. He was raised by his father, Ray Rawlings since his mother abandoned the family when he was just a boy. So, how tall is Richard Rawlings? Well, his height is 6 ft 0.835 inches.

In May 2007, Richard Rawlings and Dennis Collins beat the 1979 32 hours and 51 minutes Cannonball Runtime from New York City to Los Angeles. Richard and Dennis who were traveling at an average speed of 87.6 miles per hour took 31 hours and 59 minutes.

Richard permanently tattooed this victory on his inner arm. You can vividly see the tattoo on a photo he posted on his Facebook page on 27 May 2015. However, Richard has many other tattoos.