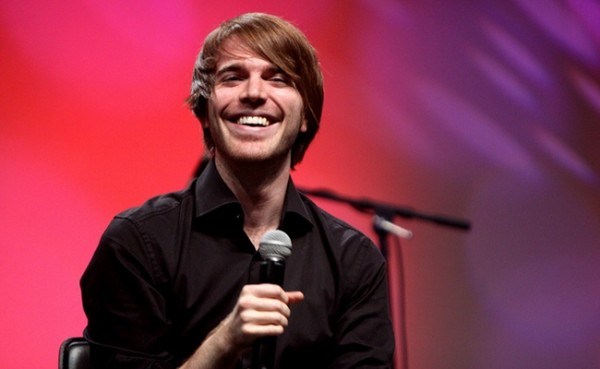 Having a girlfriend doesn’t define the sexuality of a person but it depends on nature of an individual having the relationship. Meet Youtuber Shane Dawson who is neither gay nor straight and prefers both men and women.

Besides varying sexual interest, this 29-years-old professional Youtuber has established as actor, writer, comedian and a director. Further, he is able to gain huge popularity bagging impressive money from his profession. We will bring you details on his net worth, ex-girlfriend, boyfriend along with a short wiki like bio.

How much Shane Dawson earns on Youtube? Know his Net Worth

Shane Dawson has estimated net worth of $3.2M. This value is calculated based on revenue generated from Youtube ads only so earning from other sources is excluded.

He has two successful Youtube channel which goes by name Shane and Shane Dawson TV.  His Youtube channel, collectively, has over 4 Billion total views and over 18.5M subscribers. Also, he has collaborated with a number of other YouTube stars on projects. He is one of most popular youtube personality. In 2010  Forbes listed him 25th “Most Famous Web Celebrity”.

Shane Dawson is dating boyfriend leaving relationship with past girlfriend

Yeah, you heard it right Shane Dawson was dating a girlfriend before he broke up with her for a boyfriend. Shane who doesn’t call himself gay or a straight person had three and half years of relationship with Youtuber  Lisa Schwartz. And he calls his first year of the relationship with girlfriend Lisa as best of his life.

When Shane publicly came out as bisexual in July of 2015 his girlfriend believed that was actually happening. He posted a youtube video to describe the situation.

Even after, Lisa was still in as much love, but it was hard for her system to process. 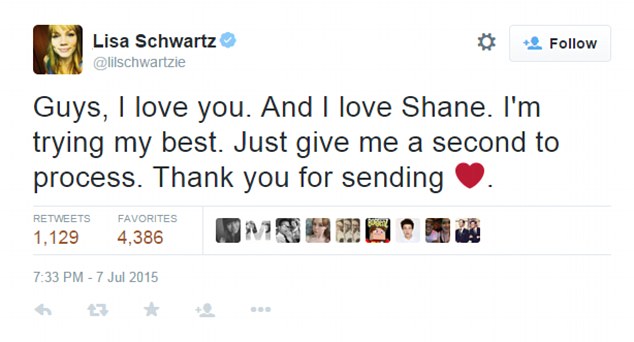 Eventually, the pair broke up. Shane kept himself occupied with profession keeping his personal life under the radar for a year. He finally broke the silence as he opened his secretly dating partner. He took to Insta with a snap with boyfriend Ryland Adams who is also a Youtuber. 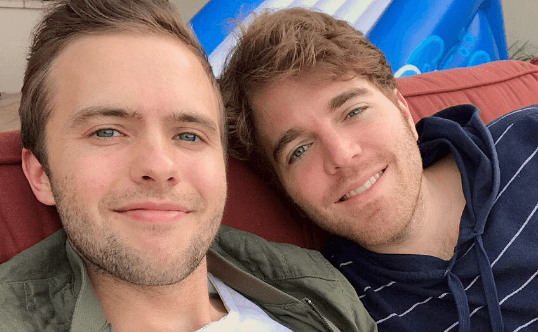 With a caption:“As you guys know i’ve been pretty private about my personal life for the last couple years. But I also feel like I’ve been hiding such a huge part of my life recently and I don’t want to do that anymore. So here it goes. This is Ryland. He’s sweet, caring, and makes me so incredibly happy. He’s also my boyfriend. He’s been a really big part of my life and i’m so grateful that i met him. Don’t worry, I don’t want to exploit this or do “boyfriend tags” or any of that dumb shit. I just don’t want to hide this part of my life especially since it makes me happy. Thank you guys for supporting me and for supporting the people in my life that I love. It means the world to me.”

Since then Shane and Ryland are happily together with pair evident flaunting their relationship in social media.

Shane Lee Dawson was born on July 19, 1988, in Long Beach, California, U.S. According to his birth date he is 29 years of age. Shane stands tall with a height of 6 ft (1.83m). He has two siblings, brothers Jerid and Jacob Yaw. He knew he was interested in both men and women since his younger age. Shane was overweight during his teen, he even has to go through abuse from his alcoholic father, and mother. Later his mother abandoned the family.

He attended Lakewood High School in his hometown California. During his high school days, he started making videos. Since he first started youtube channel in 2008 he has established as a successful Youtuber. Besides being an actor, he is an author, sketch comedian, singer, songwriter, and film director. He won Choice Web Star at the 2010 Teen Choice Awards. In 2011 he same award to singer Rebecca Black.