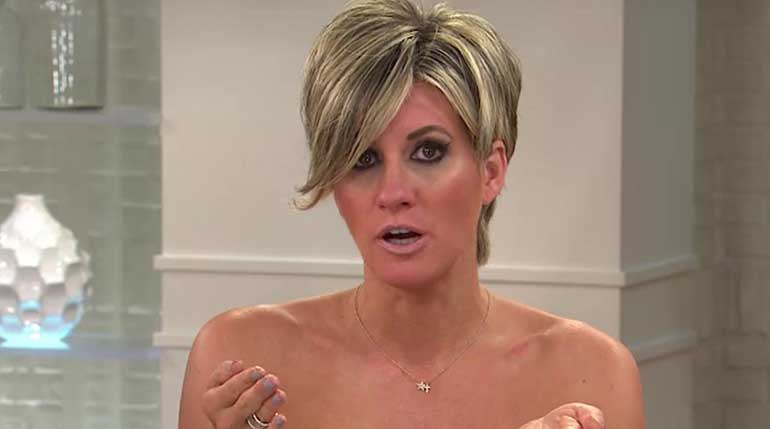 Shawn Killinger is no doubt a household name. She has been a program host for QVC US since 2007. Some of the programs she hosts include “Anything goes with Rick and Shawn”, “Tuesday Night Beauty“,” Shawn says Accessorize et cetera”. Let’s get to know her better, shall we? Shawn Killinger Net Worth revealed in 2018. Also, get to know Joe Caretta, her husband, and daughter Jagger Jude.

Over the years, Shawn has been a successful news anchor, a journalist, and a TV host. And although neither her salary nor her net worth has been disclosed or leaked to the public, her Facebook and Instagram posts prove she’s well off. In fact, some sources speculate Shawn Killinger has a net worth of at least $1 million as of 2018.

Given her stardom and successful career, we can assume her wealth is going to increase in coming years.

Shawn Killinger and Husband Joe Caretta are married since 2013. The couple has adopted a baby girl, Jagger Jude.

Five years ago, on April 13, 2013, Shawn and businessman Joe Caretta exchanged their wedding vows. If you’re skeptical about online dating, wait till you hear this.

The two lovebirds met on eHarmony, which is supposedly the most trusted dating website. Joe was in fact, the first and last man she met on the site.

According to a blog post by Shawn titled “A Personal Story“, when Shawn was almost five months pregnant with their first child in 2014, she had a miscarriage.

However, there’s been a recent addition to their family, Shawn and Joe adopted a beautiful baby girl named Jagger Jude. 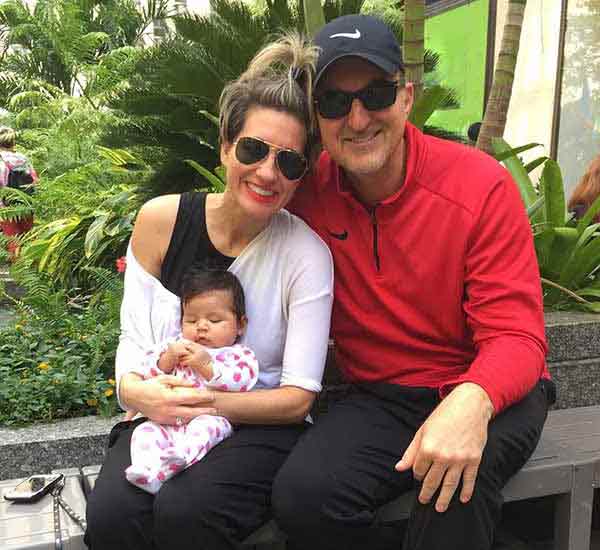 Jagger was born last year on June 9 in California and photos of her are flooding on her mother’s Instagram and Facebook accounts. Motherhood looks good on Shawn, and she and Joe never looked happier.

Shawn Killinger’s Career that gave her $1 Million Net Worth.

Shawn holds a Marketing degree from Penn State University. She also went to Geneva, Switzerland to further her studies after which she moved to New York. Here Shawn was enrolled in a CBS Page Program aimed at giving broadcasting experience to newbies.

She ran various errands from coffee preparation to logging tapes as she worked for The Late Show with David Letterman, CBS Evening News with Dan Rather, and CBS’ 60 Minutes. Her on-screen debut was as a reporter for WUHF TV station in Rochester, NY.

Part of Shawn’s Instagram bio reads ‘fired “Apprentice”‘ because in 2005, she was selected to be among the 16 contestants in a reality TV show dubbed The Apprentice: Martha Stewart.

Martha, however, fired her third for using the phrase, “Fake it ‘til you make it.” Ironically, the two now work closely together in marketing Martha’s QVC apparel line. And in 2007, she landed her current hosting job at QVC.

Any fan of Shawn knows that she openly shares details about her private life. She even acknowledged it in the A Personal Story blog post saying,

“I have always shared ‘my everything’ with you, always been humorously over-honest, unapologetically the over-sharer…”

On that note, there have been rumors circulating that QVC Shawn has/had kidney cancer. Now, considering Shawn shared intimate news of her miscarriage, we can only conclude that she’d do the same regarding her health.

And since she hasn’t publicly confirmed nor denied these rumors, we can only assume that Shawn is cancer-free.

All in all, we wish Shawn and Joe Caretta all the best as new parents and look forward to more adorable photos of Jagger Jude.