Know everything about General Hospital’s Steve Burton wife, children, net worth and age. 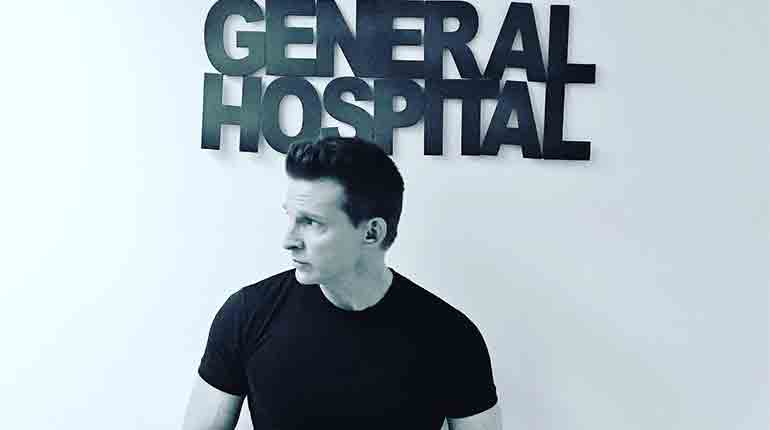 General Hospital was released in 1963 making it the longest-running American soap opera in production. In fact, it holds a Guinness World Record for the said achievement. If you are an avid fan of the show, you have most likely noticed how rather often actors leave GH and get replaced.

Now, some of these actors do eventually make a comeback. And one such actor is Steve Burton a.k.a. Jason Morgan. Burton premiered on General Hospital in 1991. He continued to star in the show for a decade plus until his exit in 2012. Here’s more on Burton’s wife, children, age, net worth, height, et cetera.

On August 28, 2012, Burton announced that he would leave General Hospital in October of that year. And true to his word, his last GH scene before his comeback was on October 26, 2012. In the scene, Jason Morgan (Steve Burton) is shot then kicked into the water by Cesar Faison (Anders Hove). Jason is henceforth presumed dead.

However, on January 21, 2014, Billy Miller premieres on GH as Jason only he has amnesia and believes his name is Jake. It turns out, Jason was alive the whole time but was held captive by Victor Cassadine. He manages to escape but is hit by a car hence requiring multiple facial reconstructive surgeries.

Miller continued to play Jason until ABC Daytime announced in June 2017 that Burton was returning to GH. And on September 19 Burton returned as Patient 6 but is later recognized as the real Jason. Miller’s casting, on the other hand, is retconned to that of Jason’s actual twin brother, Andrew ‘Drew’ Cain.

Steve Burton and his wife Sheree Gustin got married on January 16, 1999. The couple has three children, Makena Grace, Jack Marshall, and Brooklyn Faith. Sheree was born on March 12 but the exact year is unknown.

She is a nutrition coach and together with her hubby started Burton Nutrition. The company sells all-natural products designed for healthy weight loss and maintenance. They also sell apparels including tank tops, yoga pants, sweats, t-shirts, snapbacks, flip-flops et cetera. 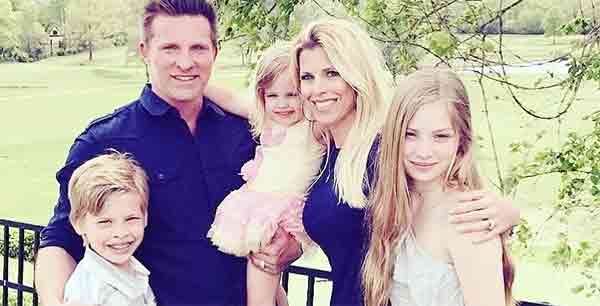 Sheree works closely with her brother Jon Gustin and his wife, Jessica Brentwood. Jon is a personal trainer and an online coach. He and Jessica are the parents of Cota Lynn, Sheree and Burton’s niece.

Burton was born Jack Stephen Burton on June 28, 1970, in Indianapolis, Indiana to Tory and Jack Burton. He is 47 years of age. He grew up in Richmond Heights then relocated to Holywood.

He attended and graduated from Beverly Hills High School. And in the 90s, he studied acting under Chris Aable at Theatre Theatre in Hollywood. His first acting role was in the sitcom, Out of This World (1987-1991).

In 1991 he premiered in General Hospital as Jason Morgan but left the soap opera in 2012. Shortly after, he debuted in The Young and the Restless as Dylan McAvoy (2013-2017). And then on September 2017, Burton returned to General Hospital. 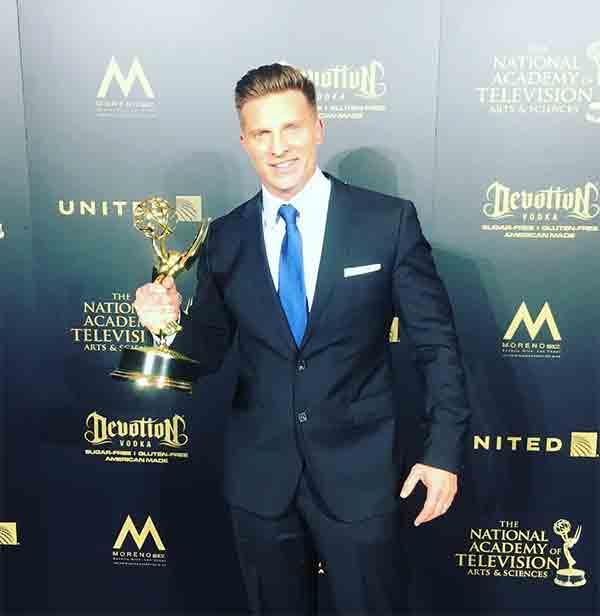 Caption:-  47 years old Steve Burton has a Net Worth of $3 million.

He has also appeared in other films and TV shows including Taken (2002), The Last Castle (2001), Days of Our Lives (1988), and others. He voiced Cloud Strife in the English versions of Final Fantasy VII: Advent Children (2006) and Final Fantasy VII: Advent Children Complete (2009). He has also voiced Cloud Strife in numerous video games.

Other than the entertainment industry, he has invested in Burton Nutrition where some products cost a couple of hundreds. And according to most sources, Steve Burton has a net worth of $3 million. Burton supposedly has a height of 5’10.