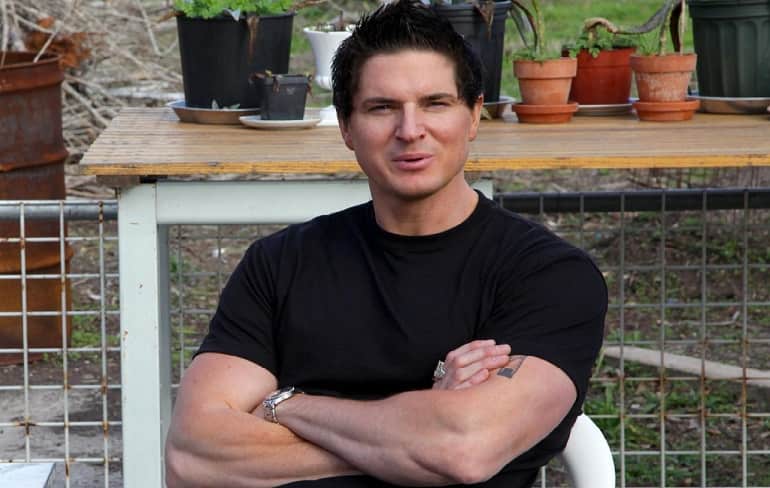 Zak Bagans is a tall and charming American TV personality, actor, and author. To top it all, he is a paranormal investigator. He is best known for the paranormal TV series that he hosts dubbed “Ghost Adventures. Zak previously worked as a DJ in weddings among others. However, his initial interest and aim were to make film documentaries. His rare encounter with a suicidal woman’s spirit gave him a turnaround, and from then onwards he took a different route. The spirit that had possessed that woman made Zak develop an interest in paranormals. Consequently, he made a documentary about it. One of his favorite works is the Ghost Adventures docu-drama. It was taken by Travel Channel, and it has since outrun many other series under that genre on American TV. Its plot features Zak and his accomplices visiting a ghost possessed and haunted the place. They take evidence of supernatural possession of that place. Zak highly benefitted from that series and other such like documentaries including Paranormal Paparazzi and Paranormal Challenge. Since 2016, he has appeared in Deadly Possessions show on Travel Channel. In that show, his role is to investigate artifacts and other haunted possessions.

Zachary Alexander Bagans, an American paranormal investigator, was born on April 5, 1977, in Washington D.C, USA. He hails from an economically average family. He was born to Nancy Knapp who was an interior designer and her husband. Zak is a brother to his elder sister Meredith but their parents later divorced and his mother later remarried. In her second marriage, Zak’s mother gave birth to his junior half siblings Phil and Sky. He went to Glenbard West High School in Illinois and graduated in 1995. In high school, he was most interested in history. His interest and love for TV production started right from the university but the challenges that accompanied it discouraged him. He enrolled in West Michigan University, but after eight months he realized that he could not make it. Zak dropped and joined Motion Picture Institute of Michigan to pursue his desired course – Film Making. That is where he learned filmmaking and paid special attention to documentaries. After his graduation, he relocated to Las Vegas to do what he knew best and loved. However, before he debuted, he faced some challenges that made him do some low profile jobs to survive. After some time, he gathered a crew and made his first documentary film. Initially, he was not confident, but he once had a one on one encounter with a suicidal woman’s spirit that changed his course of life. From then onwards, Zak decided that it was time for him to venture into paranormal documentaries to investigate more about the supernatural. One landmark documentary that shot him to fame is “Ghost Adventures.”

Zak Bagans is a single man, and he has never married nor is there any Zak Bagans daughter. He does not even have children out of wedlock. There are many people who would desire Zak Bagans married so that they can know Zak Bagan’s wife.

There are two women who have ever been called Zak Bagans girlfriend. Initially, he was dating Christine Dolce, but they later fell out because their relationship failed to work. 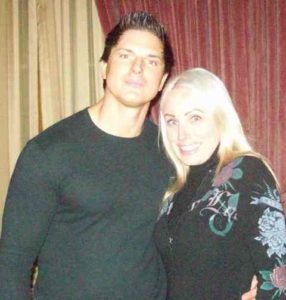 Word on the street has it that Zak proposed to her for the first time after their first date. Zak conned another girl, and he is currently purported to be in a relationship with Marcy DeLaTorre. However, he has never confirmed it.

Zak Bagan’s net worth is estimated to be $1.5 million, and he is now 41 years old. However, his salary cannot be made up. He brags of owning a mini-mansion of 5 bedroom that has a square foot space of 5,822. It houses a galore of luxurious things like a home theatre, a master suite with a fireplace, a big double bath, a large built-in aquarium, a walk-in closet, and a granite modern show kitchen. 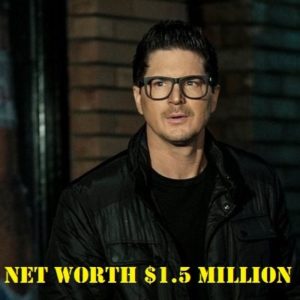 Zak Bagans has an impressive net worth of $1.5 million

Zak’s mini-mansion is valued at $2.1 million, and it has other facilities outside. You can enjoy playing basketball in its exterior court, a bar with $1.5 million TV set, a spa with a waterfall, a geometric pool, and an exterior open-air kitchen. That is why some blogs put his net worth at $5 million: being inclusive of his property.