Chad Michael Murray, famous for portraying cult leader Edgar Evernever on the hit teen series ‘Riverdale.’ Chad started his acting career, 16 years ago with a young character as Lucas Scott in ‘One Tree Hill’ and now, he has come this far. Murray has never thought or had a dream of becoming an actor, but we have no control over Destinies, right?

His life is pretty fly even off-camera, he is romantically involved with many beautiful ladies. Don’t you want to look at it? If you are on-board for this, take a look at Murray’s relationships, married life, and his acting credits.

How Many Times Has Chad Michael Murray Been Married?

Chad Michael has won the hearts of viewers through his performance and charming personality. This hunky actor has enormous numbers of female fans and also has had its own fair share of gorgeous women. 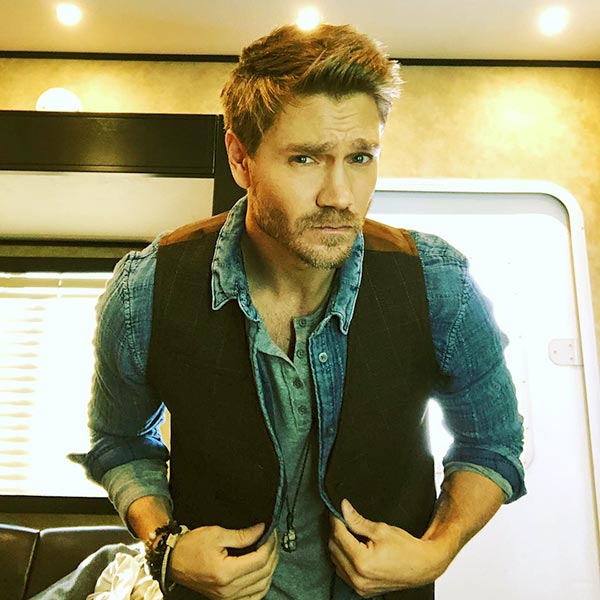 There are many rumors regarding his relationships and married life. So, who has he married to? Who’s his current wife?

The Riverdale actor is famous for his high profile dating affairs and numerous breakups too. Chad Michael Murray’s first marriage lasted for short a time only. Murray met his first wife, Sophia Bush, on the set of the series ‘One Tree Hill’ in 2003 and eventually started dating. Murray became engaged to his co-star, Bush in May 2004, and got married on 16 April 2005, in Santa Monica, California. 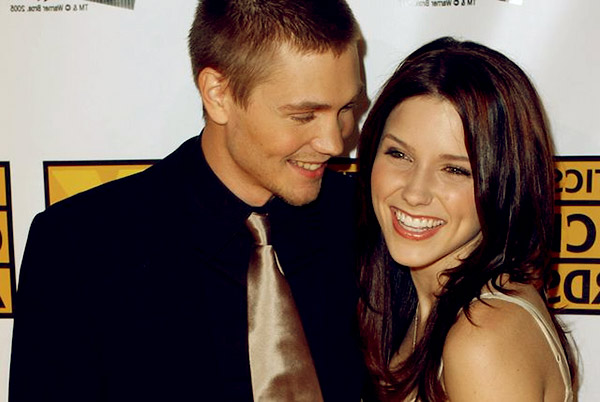 Just after a few months, the couple separated in September 2005. Five months later, Sophia Bush filed for an annulment, citing Fraud, but her petition was denied. They have no children from their marriage either. Subsequently, they divorced in December 2006. Their split was drama-filled, and people even trolled their marriage.

Chan Michael Married for the Second Time With Sarah Roemer

Like many other Hollywood couples, he found his perfect match on set. Chad met Sarah Roemer on the set of action-thriller series ‘Chosen’ on which he played the lead role as Jacob Orr from 2013 to 2015. The couple began dating in early 2014. 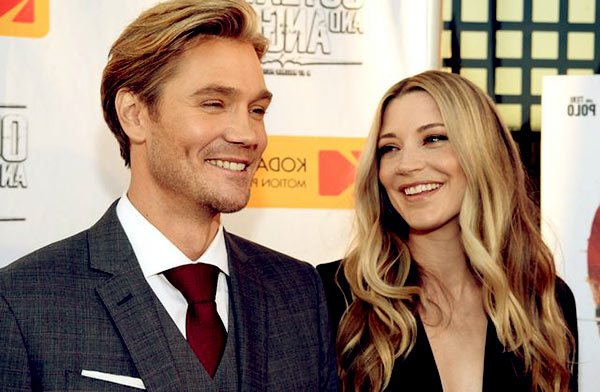 In January 2015, Murray and Roemer announced that they were expecting their first baby. On May 31st, 2015, the pair welcomed a baby boy. Before the birth of their baby, Chad told E!News, he wedded his co-star Sarah Roemer, but he didn’t talk much about it. 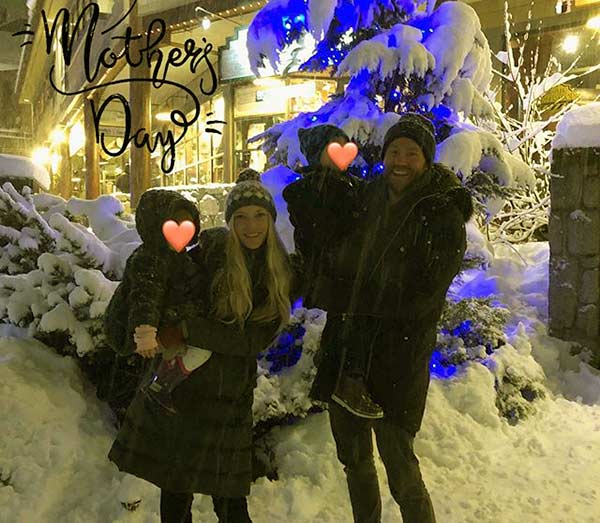 After, Chan and Sarah blessed with a beautiful daughter in March 2017. He even shared the picture of his baby girl on his Instagram with a heart-touching message on Mother’s Day. However, he has not revealed their names to the media and his fans. The One Tree Hill actor is very protective of his children. Moreover, he hides the faces of his children in the photos on social media.

Before Sarah, The Chose actor was engaged to One Tree Hill co-star, Kenzie Dalton, who was 18 while he was 32, at that time. Before the divorce from his ex-wife, he proposed to Dalton. Kenzie played as a Cheerleader on the teen series and also was the first runner-up in the 2005 Miss North Carolina Teen USA Pageant. 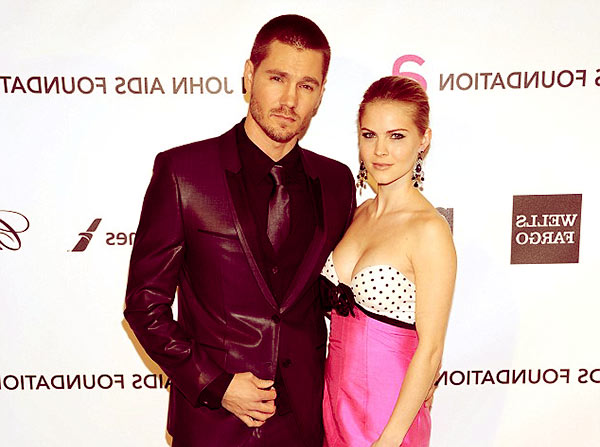 In 2012, in an interview with US Weekly, he gushed about his fiancee. He told US Weekly:

“She’s a little stunner and a sweetheart. She is my best friend, and we have been together for a long time.”

The couple moved in together, but sadly, their romance didn’t work and called off their engagement after seven years.

Chad Michael Murray stepped into the Hollywood in 1999. He got his first significant role as a rich brat, Tristan DuGrey, on ‘Gilmore Girls.’ Then he reprised his recurring role in Season 1 and 2.

In 2001, he briefly appeared in the popular television series ‘Dawson’s Creek,’ where he played the character of Charlie Todd. He didn’t recognize until he made his appearance on ‘One Tree Hill.’ He was the main protagonist of the show. For his works, Murray has won several awards, including Teen Choice Awards.

Following the success, he landed in the film industry and played different roles in movies like Freak Friday, Home of the Brave, Fruitvale Station, and To Write Love on Her Arms.

How Much Is Chad Michael Murray Net Worth?

In twenty years career in the film industry, Murray played from minor to major roles from which he makes a significant salary that added to his net worth. As of now, Murray has an estimated net worth of $12 million. Thanks to his televisions, movies, and modeling works. He earned $22,000 per episode from the tv series ‘One Tree Hill’ during the first season. Later, in the fourth season, he made $100,000 per episode.

According to Deadline, the actors who appear in recurring roles have an average of about $4,000-$7,000 per episode. 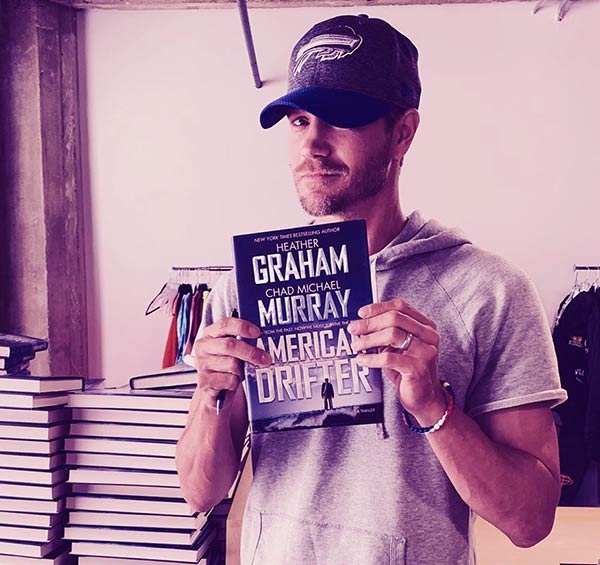 Aside from that, he earned good money from his modeling career. Chad has modeled for top designers such as Skechers, Gucci, and Tommy Hilfiger.

Murray starred in an American-Australian horror film ‘House of Wax’ that released in 2005. Despite the negative reviews, the movie earned more than $68,766,121 worldwide and also, won the Teen Choice Awards for Choice Movie Actor.

Besides, Chad Michael Murray is a writer and released his novel titled ‘Everlast’ in 2011. Additionally, he co-authored a book with Heather Graham ‘An Exhilarating Tale of Love and Murder’ in 2017.