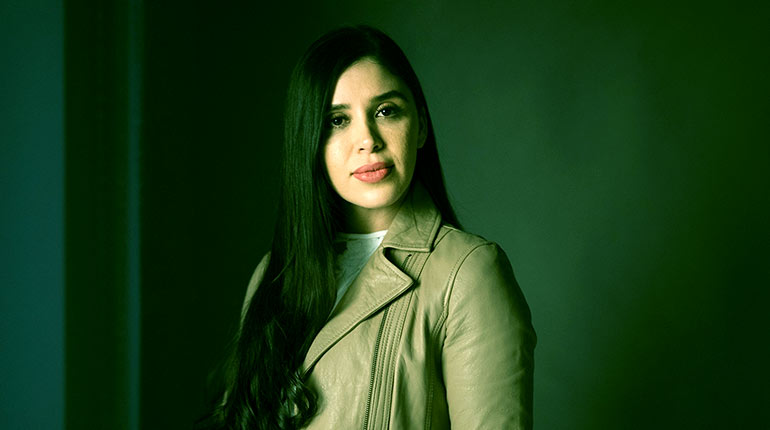 The name El Chapo is infamous. Most people know it. The man’s criminal exploits are echoed across all four corners of the world. Joaquin Guzman is a drug lord and one of the biggest in the world at that. But our review today is not centered on the man famously known as El Chapo.

No, in this article, we will examine the life of the woman who has tethered her fate to his. We are, of course, talking about Emma Coronel. This review will tell you more about Emma Coronel age, net worth, and relationship to the infamous criminal. By the end of it all, we hope to have gained a better understanding of her.

El Chapo’s wife, Emma Coronel Aispuro was born on the 3rd of July 1989 in Los Angeles, California, to Ines Coronel Barreras and Blanca Estela Aispuro. This would make the former model 29 years old at the moment. She is 5 ft 6 inches and weighs about 65 kgs. Her father worked as a cattle rancher. But this was not his only trade, because, like Emma’s husband, he was also a drug lord. Her mother, much like Emma herself, was a homemaker.

The former model grew up in La Angostura, which is a remote area in Durango. She has one brother, Ines Omar Coronel Aispuro. Blessed with abundant beauty, Emma tried a hand at pageantry even before she was out of school. This would see her win the local coffee Guava festival in 2006.

Emma Coronel Aispuro would then catch the eye of a famous drug lord, more commonly known as El Chapo. The two would later marry and have two children. To say Emma’s life is complicated would be criminally understating it; it has been full of ups and downs.

Who is Emma Coronel? Her career info.

Emma Coronel is a former Mexican model and beauty queen. On her list of famed exploits include a victory in the local Coffee Guava festival in 2006. But this is not what pushed her deep into the limelight. The famous model was catapulted into fame after marrying Joaquin Guzman, one of the biggest drug lords in Mexico.

Emma married Guzman when she was just 18 years old. The man was a notorious drug trafficker. He started his criminal career in 1980 as a member of the Guadalajara drug cartel, which, at the time, was led by Miguel Angel Felix Gallardo. Gradually, he rose through the ranks in the organization, growing in stature and notoriety up until the Guadalajara cartel shut down.

The man popularly referred to as El Chapo would then become the leader of Sinaloa Cartel, equipping them creative smuggling strategies and techniques like building air-conditioned tunnels under the Mexico-U.S border, hiding drugs in fire extinguishers, chili pepper cans and catapulting drugs over the edge. Emma’s husband produced and smuggled a lot of drugs, the likes of which include: cocaine, heroin, marijuana, and methamphetamine.

Over time, his name would grow to be feared and revered. His terrible deeds are, in fact, well documented, and not soon to be forgotten. El Chapo was eventually arrested in Guatemala and deported to Mexico where he was accused of murder. While the prosecution could not adequately prove this, he would be found guilty of possession of firearms and drug trafficking. What followed next was a sentence of more than 20 years in a maximum security prison.

He however bribed prison authorities, and this, in turn, eased his life in prison. It also enabled him to continue managing his criminal organization. According to some sources he became head of the cartel in 1995. El Chapo would manage to escape prison in 2001 with the help of corrupt guards. This led to an investigation in which many employees in the jail, including its warden, were arrested on charges of corruption.

Guzman is believed to be responsible for most of the marijuana and cocaine that was being trafficked from Colombia and Mexico to the USA and was the largest smuggler of methamphetamine in Asia to Mexico to the USA.

The United States came to target Guzman as a priority in its war on drugs. In 2004 the US government announced a $5 million reward for information which would lead to Guzman’s arrest on federal drug charges. In 2012 the US Department of the treasury called Guzman the world most powerful drug trafficker invoked the foreign narcotics kingpin designation Act to freeze the US assets for his members of the family.

All while this saga was unfolding, Emma Coronel remained a dutiful wife, at her husband’s side every single time he faced prosecution.

It is no secret that Drug cartels can rake in millions, and even billions in some instances. It is a very illegal, albeit objectively profitable trade. To hide their wealth from the government and other organizations that might be hot on their trail, some drug lords usually put their assets in their spouses’ name. This was the case with Emma and her husband, El Chapo. 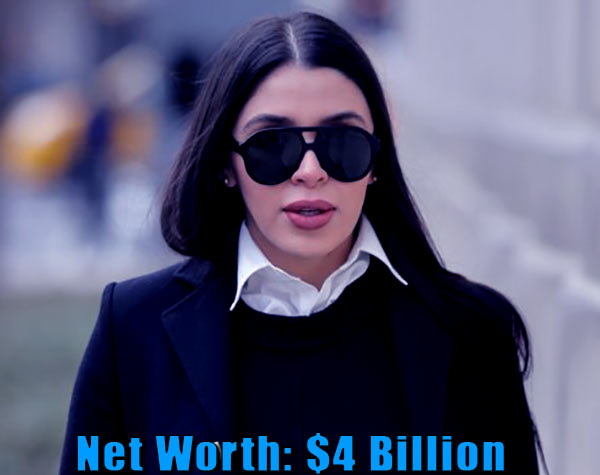 According to various reports, Emma Coronel Aispuro has a net worth of $4 billion. It is no secret where all of this money came from as her husband’s exploits are very well documented. All of the wealth is from drug money. As we mentioned above a few times, Emma Coronel Aispuro’s husband, El Chapo is a well-known drug lord. To hide some of his money, he put his assets under his wife’s name. This would explain Emma Coronel very impressive net worth.

Is Emma Coronel Aispuro Married? Meet Her Husband and Children

Yes, the former model is a married woman. Emma Coronel Aispuro met her would be husband, Joaquin Guzman in 2006. The two would go on to date for a short will before the man finally popped the question. Emma and Joaquin would eventually tie the knot on the 2nd of July, 2007, at a very private ceremony.

The only close family was allowed to attend, and armed bodyguards enclosed the rest of the place. The marriage ceremony took place at Canela’s municipality, the very same place the pair first met.

Emma Coronel with her twins’ daughter

Emma and Joaquin Guzman have two kids, Emali Guadalupe Guzman Coronel, and Maria Joaquina Guzman Coronel. Their mother made sure that she was in America before their daughters were born so that they could each acquire American citizenship. As far as their married life goes, it can’t be easy. This is because her husband El Chapo has faced incarceration multiple times, and is barely home.

We can also safely assume that living in constant fear of death is not healthy for any marriage. The life of a drug lord is dangerous for both him and his family, with threats looming everywhere. Living like that cannot be easy, as they always have to walk with bodyguards everywhere to ensure their safety. Their children also have to live under the dark cloud of their father’s reputation. 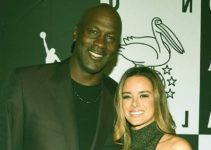 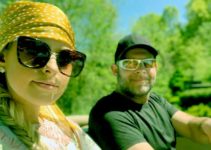