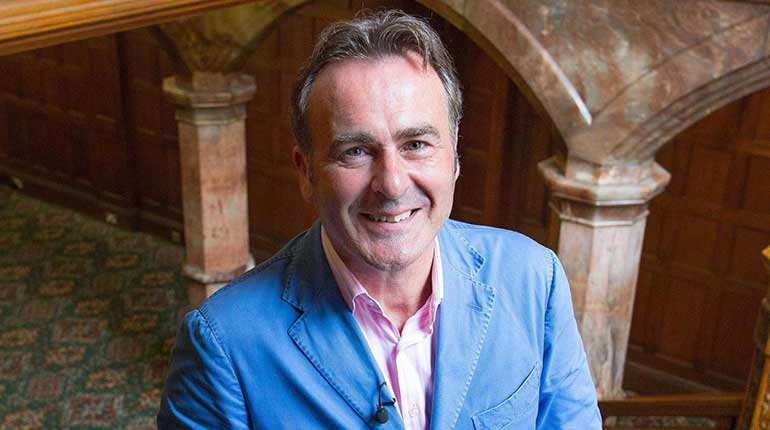 He is a professional drummer, musician, actor and an excellent antique dealer. This multi-talented personality has accumulated a very high net worth from his diversity in career, he is also happily married, and his health state is currently not at risk.

Paul Martin’s current age is 59 years. His birthdate is recorded to be on January 5, 1959, and this is when he celebrates his birthday according to some wiki sources.

The popular antique dealer was born in Teddington, England in U.K.   There is no proven information online disclosing about his ethnical background, nationality, parents or siblings. It seems that this celeb has so much secrecy about his background and family.

As Paul Martin was growing up, his family moved to Cornwall, and this is where he started school at Falmouth Grammar School. He later proceeded to Falmouth College of Arts where he studied art and woodwork. After graduation, Paul Martin spent two years as a scenic painter on film sets including Santa Claus: The Movie at Pinewood Studios.

In the 1990s, Paul Martin is a professional drummer, worked with different bands including the Average White Band, Dogs D’Amour and The Quireboys. To stress his love for music, in a recent interview he humorously stated that he wasn’t in the band, but rather he was their warm-up band. Today, the longtime passion has not died because he still plays with local jazz and blues bands in Wiltshire.

He worked as an antique props stylist for different magazines like the New Woman and Marie Claire. He also signed in for larger projects which involved designing antique sets for television shoots like The Clothes Show in BBC and Granada TV. At the age of 25, he owned a pitch on the popular Portobello Road in London.

The celebrated antique dealer has also demonstrated a great love for oak furniture, and he recently opened a shop by the name ‘The Table Gallery’ in Marlborough, Wiltshire which specializes in Welsh and English oak furniture of the 17th and 18th century and also Victorian lavatories. He excelled very much in this field such that at one time he was interviewed about his passion for oak furniture and this is when a team from BBC Bristol came to know him.

Paul Martin from Flog It show

He was hired after that hired to host the Flog It Show on BBC which he has done for close to 18 years now. This show has grown to be very popular and has transpired to a series of other television shows. He was also hosting another show for the ITV network named I Never Knew That About Britain.

Since 2016, he was a presenter of Summer Diaries, Spring Diaries, Autumn Diaries and Winter Diaries on the BBC Countryfile spin-off. There was an announcement BBC made on 2nd October 2018 that they would cancel the Flog It! show and with this,  Paul Martin is currently doing another show ‘Make Me A Dealer’ which is yet to be launched in 2019.

A television personality is a married man to his beloved wife, Charlotte Godfrey. His wife Charlotte was a production coordinator in BBC by the time they met. Paul Martin was doing the Flog It shows there in BBC. The two married in September 2007 and they are blessed with two children. Their firstborn is a son named Dylan William Martin and was born in November 2009 while the second born, a girl named Meredith Elizabeth Martin was born in October 2011. 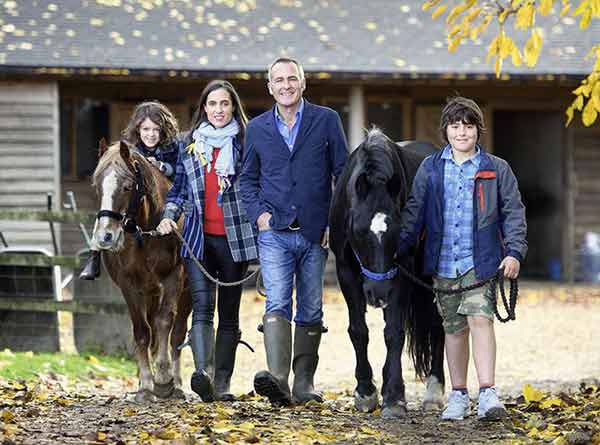 Paul Martin with his wife, Charlotte Godfrey, and their kids

The couple together with their two children live in a period cottage in a small village by the name Seend in Wiltshire. It is said that this cottage was built in the 1830s and they had a ten-year plan of renovating it after they relocated to that place. It is surrounded by a 25-acre smallholding where they have planted trees; there are also some cattle there. This land also serves as a release site for owls and hedgehogs which come from a rescue center. Also, there are three dogs, three stray cats, ducks, geese quails, a partridge, and ponies.

Currently, he has a very high net worth from his successful career and personal investments.  It is reported that for the Flog It shows he earns between £150-199k  a day.  According to a report from vipfaq users, his estimated net worth is $5 million which include luxury items like private airplanes and yachts, properties and other stocks. 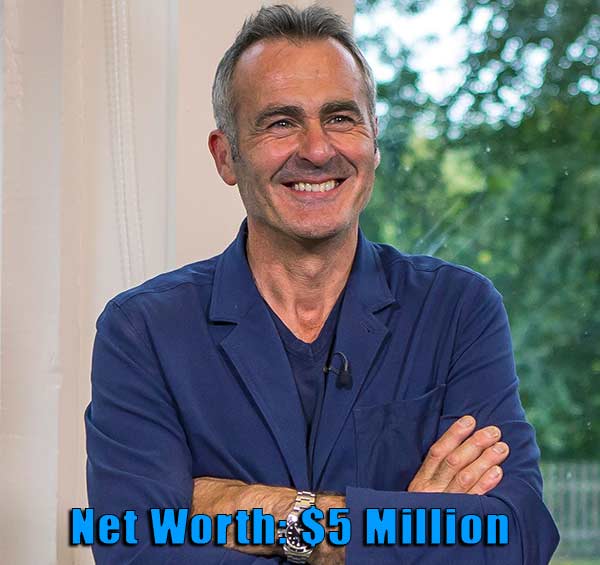 Paul looks far much younger than his age. His enthusiasm, energy, and passion are just astonishing. In a recent interview, he confirmed it by saying he now feels younger and younger. Paul Martin stated that at the moment his state of health is good after having lost much weight over the last couple of months.

Paul had previously suffered from Irritable Bowel Syndrome (IBS) therefore he decided to cut out dairy products and gluten. He is proud of his body size now though his exact weight is not disclosed yet.