Remember 2007’s hit movie Disturbia? Well, the Drama Thriller is Sarah Roemer’s one of the most remembered works alongside famous director Steven Spielberg.

The 35-year-old actress along with Disturbia, has appeared in some of the unforgettable movies such as Asylum, Hachi: A Dog’s Tale, Fired Up! Following her roles in thriller movies, she also landed in a TV thriller series Chosen, where she met her future husband, Chad Michael Murray.

So, how is her married life going in 2019? What’s her salary and net worth as of 2019? What’s the recent project she is involved in? Don’t you want to know it all? Grab the information on the article below:

Chad Michael Murray and his ‘Chosen’ co-star Sarah Roemer were rumored to be dating during the show’s filming, but the couple didn’t reveal anything until she was pregnant. Four years ago, the news regarding their marriage and Sarah’s pregnancy hit the news world, and One Tree Hill star surprised the world by revealing that they were married in 2014, and by January they were expecting their first child.

Let’s add an interesting fact here, as per Chad’s post: The duo reportedly met at a mall for the first time but formally started talking after sharing a TV screen. Here’s the post if you find it is hard to believe the fact, Enjoy!

Though they keep clicking each other’s pictures and keep flaunting the love for their kids, the happy parents have kept their children’s identity mysterious.

The married couple shares a very tight bond, but let’s remind you this wasn’t both the parent’s first relationship. Before dating chad, Sarah dated Will Kopelman, an American scriptwriter from 2007 till the end of 2009.

The secretive couple so far maintains a high level of privacy yet tend to show how happy their life is from their social posts. Hopefully, this marriage is going to last and stay fresh like it is now.

How Deep is Sarah Roemer’s Love For Chad?

Sophia Bush once pulled a joke over her short-lived marriage on Andy Cohan’s show in a radio interview. Sarah Roemer took on twitter to defend her husband, and One Tree Hill co-actress Bush later had to admit she was sorry for her action.

This shows how supportive Chad’s wife is, so people if you want to start a beef with Chad, beware her lady luck will not only knock you down, she will elbow you while you are on the ground!

So, is she only a housewife now? Or Is she still involved in Acting, How did it all begin in the first place? Let’s find out from Chad Michael Murray’s bae Sarah Roemer’s Biography:

Thirty-five years old Sarah Roemer was born on August 28, 1984, in San Diego, California. A modeling agent spotted her at the age of 15 while she was working a day job at the 7-Eleven store.

After penning a modeling contract, she relocated to Los Angeles and started her modeling career with several agencies.

Roemer then signed up with ID Model Management in New York and became a cover girl for the famous GQ magazine, Esquire, Cosmopolitan, and Flaunt, to name a few. She was also a swimsuit and cover model for various sports and innerwear products during 2004.

After a successful modeling career, she turned her attention towards acting. She landed in a dark comedy thriller, Wristcutters: A Love Story, and in 2007 she appeared as a lead in Drama Thriller Disturbia. Then she acted in various other movies alongside Hollywood’s finest, including her 2019 co-lead in Famous and Fatal, a TV film.

READ MORE:
Mädchen Amick Married Life with David Alexis As Impressive With The Years,Facing Nude Scene? Know about her husband and children .

So she is still active in the film industry.

Sarah Roemer, with 15 of all big and small credits for movies and four TV projects, Sarah is doing exceptionally well with her career. Still, lately, she seems more careful about her career choices and has taken very few projects.

On the same note, her better half Mr. Chad Murray with over 14 years in the acting field, has a current net worth of $15 million as of 2019. So, the combined worth of this sizzling Husband & Wife pair is at $17 million, which points out to their successful career and happening life.

Sarah Roemer Height; How Did She Get Fit After Pregnancy?

Sarah is 171 centimeters tall American actress with golden-brown hair and blue eyes. She is a former model with a perfect hourglass figure. If you may have noticed the former swimsuit model, Sarah’s body figure hasn’t changed a bit, even after her two consecutive births, so what’s the reason behind it?

Well, if you take a look at her Instagram account, she is seen taking a walk on the beach and doing physical exercise, not to mention taking a balanced diet, this might be the reason she got back to fitting into her older dresses. And maybe having a health-aware wife has helped Murray keep alive his handsome stud persona for his fans. 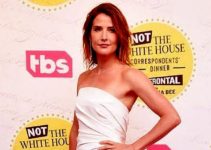 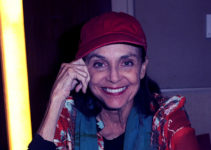 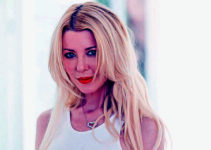