Check out Brad Falchuk’s Married Life with Gwenyth Paltrow. Who are Their Children? 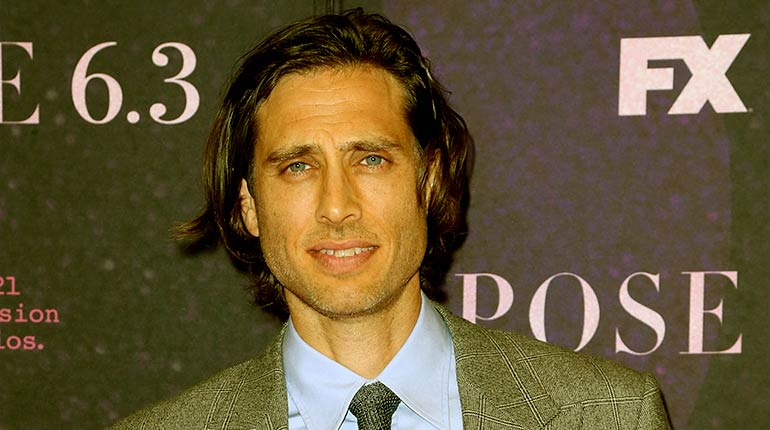 Good Founder and the red carpet royalty, Gwyneth Paltrow, does not need an introduction. The Oscar-winning actress has been married to Brad Falchuk—a tv producer, and co-creator of Glee since 2018.

Below, we’re diving deeper into getting to know more about Brad Falchuk and his love life and past relationship. Additionally, we work our way through his net worth. Take a close look.

Brad Falchuk, 48, was born in Newton, Massachusetts, to Jewish parents, Nancy Falchuk. He is a television presenter, producer, and director. Falchuk has an older brother, Evan Falchuk, and sister. He attended high school in his hometown.

Later, he studied at Hobart and William Smith College from where he graduated in 1993. Then he went on to AFI Conservatory, a graduate film school in Los Angeles.

At an early age, he had undiagnosed dyslexia. To dealt with his problem, he did everything to look smarter because he certainly didn’t feel very smart. He stood out from his classmates and wore a tie to school and declared himself a Republican.

When Did Brad Falchuk Marry the Famous Actress, Gwyneth Paltrow?

Brad Falchuk got engaged to Gwenyth Paltrow on 8th January 2018. By the end of that year, Brad Falchuk had married Gwyneth Paltrow in The Hamptons, New York, on 29th September in front of close family and friends. It is reported that the wedding took place in the garden of a private in New York beach resort. 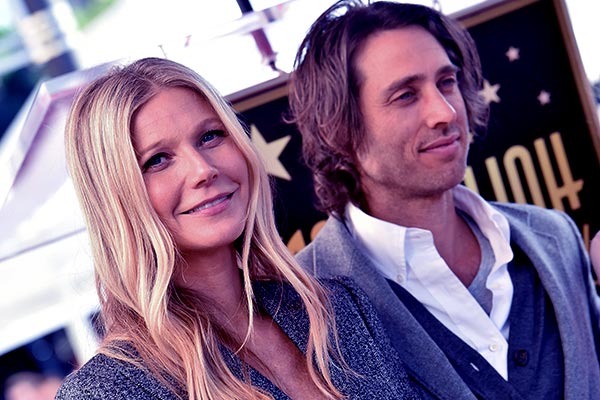 According to PEOPLE, Brad’s wife’s mom, Blythe Danner, said it’s gorgeous and the most beautiful wedding. Jerry Seinfeld, Steven Spielberg, Robert Downer Jr, and Camron Daiz attended the marriage ceremony. After their wedding, the two shared a picture of their wedding rings on Instagram.

But you will be amazed you heard about his honeymoon. The couple honeymooned in the Maldives with their children and his wife’s ex-husband.

In June 2018, Brad’s wife, Paltrow, revealed that both of them didn’t live together. Due to this, they were giving time for their children to accept their relationship. A year later, in August, the couple told People, they are moving in as a husband and wife. Now, they are living happily with their children.

On 27 September 2019, Brad gushed about his wife on Instagram with a lengthy swoon-worthy birthday message to Gwyneth.

How Did They Meet?

In 2014, Brad Falchuk met his now-wife, Gwyneth Paltrow on the set of Glee, the musical comedy created by himself and Ryan Murphy, before a year, he split with his ex-wife, Suzanne. In the series, Paltrow guest-starred as substitute teacher Holly Holiday.

Eventually, in 2015, the duo went public with their romance at Robert Downey Jr’s 50th birthday party at Barker Hangar in Santa Monica, California. They even went on vacation to Italy.

Finally dating after three years, the two announced their engagement in a joint statement in January 2018. Gwyneth and Brad both feature on the cover of GOOP magazine’s sex & love issue that same year.

Has Brad Falchuk Been Married Before?

Before Paltrow, Falchuk was married to his ex-wife, Suzanne Bukinik, a TV producer. They were married from 1994 to 2013. However, the reason for their divorce is still unknown. However, not much is know about their personal life.

Do Brad Falchuk and Gwyneth Paltrow Have Children?

Brad has two children; a daughter, Isabella, and a son named Brody from his previous marriage.

Despite the divorce, Brad loves his children very much and also spends time with his kids as much as more he can. He often shares pictures of his two adorable kids on his Instagram.

READ MORE:
Who Is Eric Mumford? What's His Relationship With Lynn Toler? Know His Age, Net Worth, & Children With Judge Toler

Like Fulchuk, Paltrow has two kids from her first marriage. She married Coldplay’s lead singer, Chris Martin, in 2003 and separated in 2014. Consequently, their divorce became finalized in 2016. Hence, Paltrow and Martin both shared joint custody of their two children; Apple and Moses.

How Much is Brad Falchuk’s Net Worth?

Brad is best known for co-creating the hit Tv series ‘Glee’ and ‘American Horror Story.’ Also, Falchuk is a screenwriter and executive producer.

As a film director and producer, Brad has been working in productions for almost two decades. So, how much he makes from his profession now?

As of 2019, Falchuk’s estimated net worth is around $2o million. On the other hand, Brad’s wife, Gwyneth Paltrow, is worth an estimated $140 million.

Moreover, Brad Falchuk is a co-founder of the education nonprofit organization ‘Young Storytellers.’ The director took an interest in helping children and young people to share their stories during his college days.

It was founded in 1997, along with Mikkel Bondesen and Andrew Barrett. Now, he serves on the advisory board of directors for Young Storytellers.

Some celebrities want to keep their personal life private but not in the case of Falchuk. In fact, Brad loves sharing pictures of himself with his wife and children on his Instagram. He posts numerous photos of the actress, Paltrow, and more.