Learn about Dave Chappelle’s Net Worth. Who are his Children? 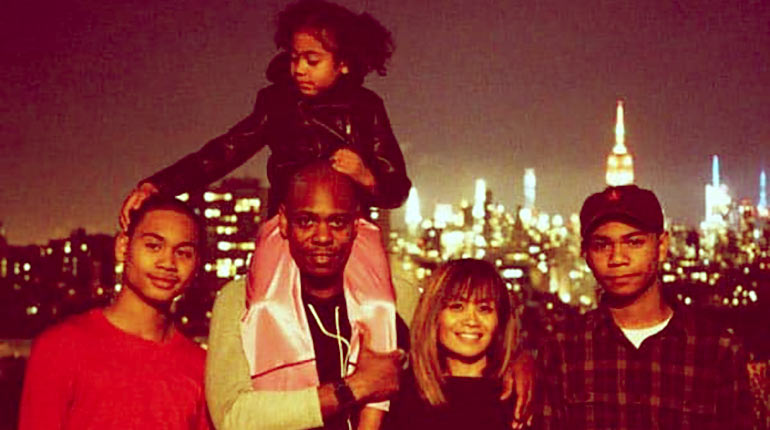 As of the greatest comedians ever, Dave Chappelle needs no introduction. He is arguably one of the best African-American stand-ups, if not one of the best stand-ups in the whole. Even when he’s past his prime time in career, he is still a comedic genius who blows away live crowds in stand-up, and even a brief appearance in films leaves us rolling on the floor. Today we talk about Dave Chappelle’s children.

Meet Dave Chappelle’s sons and daughter, along with details on hs is married and family life. Also, what is Dave Chappelle‘s net worth? Come, find out

For a successful actor/comedian, you will probably not fathom how Chappelle’s career took a start. It was amateur night at the Apollo Theatre in Harlem, and Dave was booed off the stage.

But we are firm believers in, ‘It doesn’t matter what you were yesterday, it matters on who you become tomorrow.’ Dave seems to have similar beliefs as he did not let the failure of his first big performance affect him. On the contrary, when Dave looks back on that day, he thinks that was the best thing for him. He was able to learn from his early failure and look at him now.

He started to become more and more famous appearing in many shows like ‘The Late Show with David Letterman,’ ‘The Howard Stern Show,’ and ‘Late Night with Conan O’Brien.’ On the one hand, he was giving a mind-blowing performance as a stand-up in live TV, and on the other, he appeared in more and more movies.

By 19 years old, he was the opening act for Aretha Franklin. From a short appearance in Mel Brook’s 1993 comedy parody ‘Robin Hood: Men in Tights’ to essential roles in ‘Con Air’ starring Nicholas Cage and ‘You’ve Got Mail’ starring Tom Hanks. Dave Chappelle has done it all. 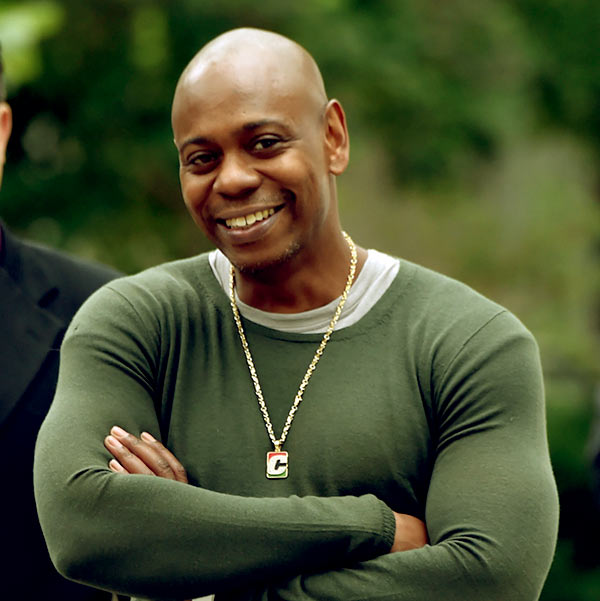 Just this much talk about his career must quickly put into your mind an idea about Dave Chappelle’s net worth, which is estimated to be around $50 million. Forbes, however, has a more specific amount in mind, determining his net worth to approximately $47 million.

If you are still not buying into his humongous net worth, we haven’t even talked about ‘Chappelle’s Show.’ He was reportedly offered $55 million just for the production of the show’s DVDs. We are also not talking about his grand return since 2013. Despite many haters, debating that Dave Chappelle was outdated as a comedian, he has signed a $20 million per release deal with Netflix for releasing his comedy stand-up special in 2019.

Who is Dave Chappelle’s Wife, Elaine?

Dave Chappelle’s career is one success story after another, but it will be of no value if his personal life wasn’t equally productive as well. Luckily, Dave Chappelle hit the gold mine when it comes to his marriage and family life. Of course, it would never have been possible if he did not meet his wife, Elaine Mendoza Erfe.

David Chappelle’s wife was born in the Philippines on August 13, 1974, so she is of Filipino ethnicity. She, however, moved to the USA and was raised in Brooklyn, New York, which is the place she would meet her husband to be.

Looking back at their first encounter, Dave says it was love at first sight, but Elaine was not feeling it. Fortunately, she gave Dave a proper try and, after dating for a while, also started falling for him. It was a good thing they did as they have been happily married for a long time now. 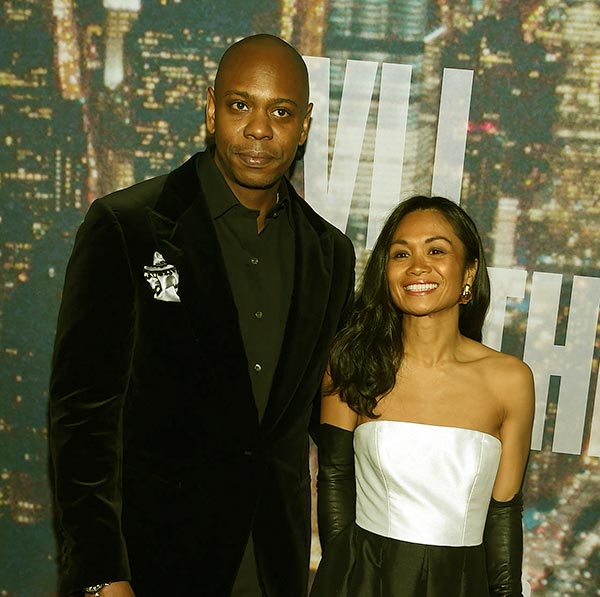 Despite being a celebrity’s wife, Elaine Chappelle has shallow public appearances and is not active in social media as well.

The couple together has three children. We are here mainly to focus on Dace Chappelle’s children. He has two sons and daughters who are leading a very secretive normal life away from the public media, but we were able to collect the right amount of info on all of them.

Sulayman Chappelle is the eldest son of Dave Chappelle. We do not know much about his birth date or the rest of his early life bio. We do know that his father has carefully picked out Sulayman’s name for him. Sulayman is derived from Solomon, meaning the King of Israel, as per Islamic mythology. 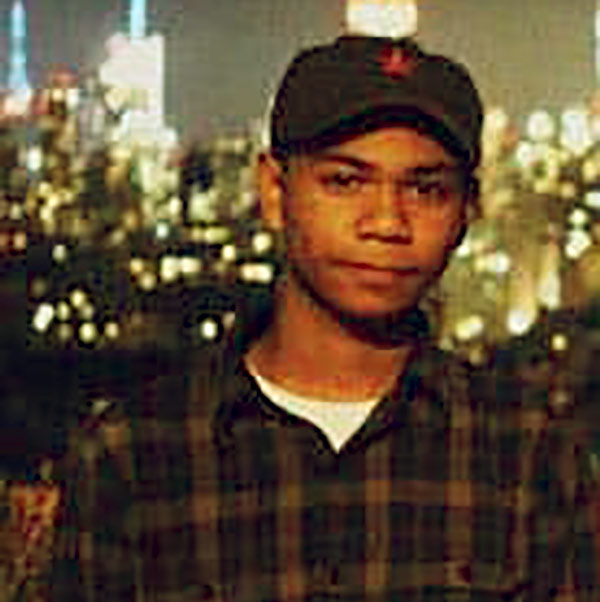 He likes to lead a private life so private that there is virtually no useful information about him. We know you must be most excited to learn about his dating life, but sadly there is not a speck of information on that matter. Sulayman Chappelle also does not have an Instagram account or any social media pages for that matter.

It seems Dave Chappelle has a knack of giving his kids very philosophical and meaningful names. His second-born son was named after Abraham, which means “father of the faith.”

Just like his elder sibling brother, Ibrahim also is very secretive when it comes to his private life, so no information as of yet about his dating life or girlfriend. He also is not active on Instagram or any other social media sites for that matter. But still, we get to hear about him in his father’s comedy. 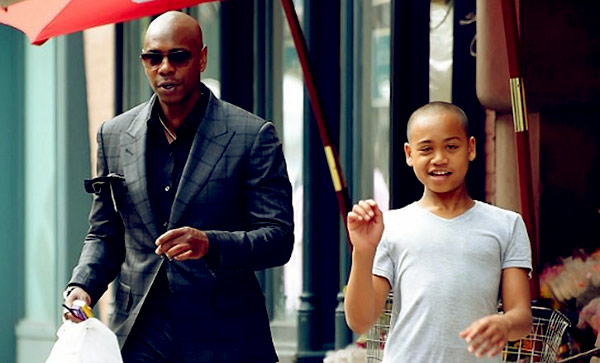 Dave Chappelle once told the story of the time Ibrahim made him a necklace out of macaroni, which made him cry. When Ibrahim asked him why he was crying, Dave replied in his comedic brilliance:

“once you used to live in my balls, man, and now you are making jewelry out of macaroni.”

Dave Chapelle also has a daughter, who is his youngest. Her name is Sanaa Chappelle, but we also found sources who claim it is Sonal Chappelle. It could be false or just a nickname. Whatever be the reason, Sanaa also has a name with a special meaning in Arabic. Sana means “Praise of God. Similarly, if she also goes by Sonal, it may be because ‘Sona’ means Gold in Hindi. 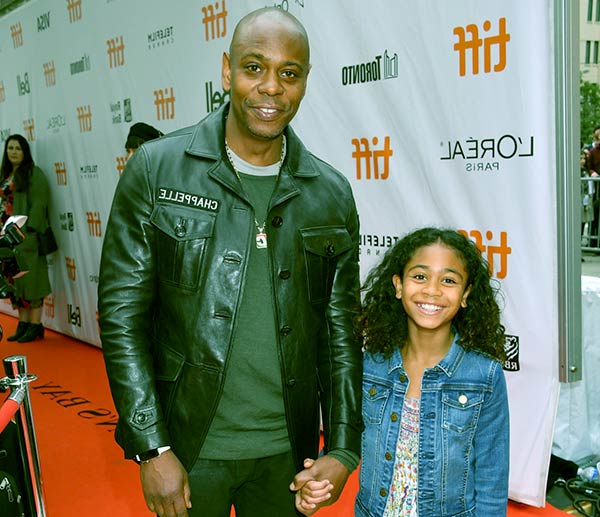 We were not even able to find any useful info on her big brothers, so, understandable, we hit a dead end with her as well. Sanaa, however, has more public appearances with her father than her siblings. She even already got to work with her father in Saturday Night Life. She was involved in a sketch where other children with her were interviewed about Donald Trump.

Sanaa might be even bolder of a comedian than her father. In the segment, an innocent comedy instantly turns into a dark political satire when Sanaa opens up about Trump bringing a wave of Racism and Xenophobia. In a darker double meaning joke, she says,

“My dad said Donald Trump will stop and frisk my cat.”

David Chappelle on his Kids

Dave Chappelle may not parade around his kids to the rest of the world, but that has nothing to do with his relationship with them. We think it’s rather noble of him to shield his kids from the media because we know well how nosy they can be. Still, like Ibrahim, he often tells funny stories about his children all the time.

In an interview with CBS in 2017 as well, when asked about his kids, he had only warm things to say about them. He told us how his children were a vital element in his career and life as a whole.

He says, “Everything changed after I had children. I took my professional life more seriously. And I think, as a dude, I had more depth after I had kids.”

If that does not sound like an endearing dad, we don’t know what does.