Home
TV Stars
Louise Anstead: Everything about Ant Anstead Ex-Wife. What is she doing now?

Watching wrecked British classic car models get restored is a thrill for any car enthusiast. And this thrill is met by For the Love of Cars UK automobile show. The show’s presenters are English actor Philip Glenister and motor and restoration expert Ant Anstead. Let’s find out more about his ex-wife Louise Anstead.

Glenister’s job is to interact with fellow enthusiasts to get an idea of how the cars should look like after restoration. And following Glenister’s instructions, Anstead and his crew work on restoring the cars. For the Love of Cars premiered on Channel 4 on April 2014 and has two seasons and one special (2016) this far.

Ant Anstead recently became the new co-host and mechanic of Wheeler Dealers after Edd China Left the show. The coveted job vacancy came after Edd China’s resignation from the show in 2017. But who’s Anstead outside of work? Is he married or divorced? And if so, who’s Ant Anstead’s wife or ex-wife? Read on to find out.

Well, until last year, Ant Anstead was a married man. Anstead and his ex-wife Louise Anstead got married in 2005 and divorced after 12 years in 2017.

In a public statement posted on Twitter on 12 October 2017, Anstead wrote,

“Hi all, Despite the fact I am usually a very private person, I do feel the need to let my friends and followers know that Lou and I have been separated since July. Our kids remain our 100% priority and it’s for that reason we would rather you heard it here first. thanks all…” 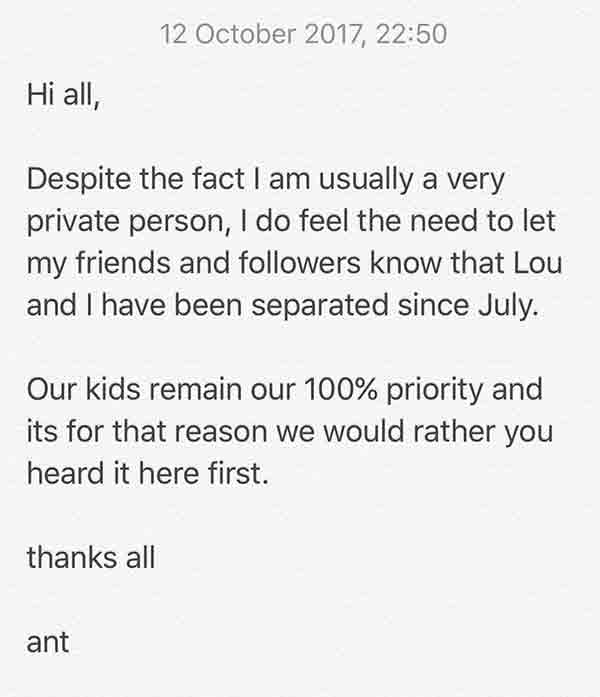 Here’s the little we know. Louise Anstead is said to have been born on June 1980. She is currently 37 years old and a single mother of two.

Ant Anstead’s first documented profession was a police constable. After which he became one of the youngest Authorised Firearms Officer (AFO) at the time. The 39-year-old then resigned from the police force at 25 to become a car builder.

Ant Anstead then began building unique classic automobiles for car enthusiasts globally. He also makes unique artworks and supplies them to museums and private collectors around the world. In his youth, Anstead played semi-pro football for over 15 years. He played over 700 matches. 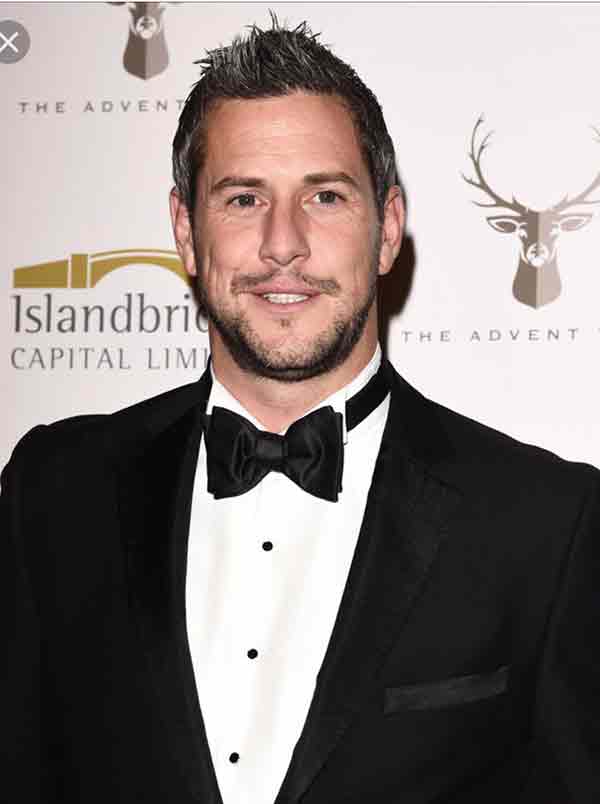 Caption:- 39 Years old Ant Anstead has a Net Worth of $100 Thousand

In 2014, Ant Anstead started a production company and produced and hosted The World’s Most Expensive Cars (2015). In the same year, he began co-hosting For the Love of Cars. And since then he has hosted/hosts notable TV shows like Britain’s Greatest Inventions (Live) and Wheeler Dealers (2017).

Anstead has also hosted prestigious live UK shows like the SEMA live show in 2017. Last year in May he published a book called Cops and Robbers: The Story of the British Police Car. Moreover, Anstead is also a public speaker. His private car collection has at one time included an MG Midget, an Mk1 Escort Van, a Ginetta G50 race car, and others.

So, what do you think Anstead is worth? Well, most sources site Ant Anstead’s net worth to be at least $100,000. Louise Anstead, Ant Anstead’s ex-wife, net worth is unknown as is her career.

Ant Anstead was born on March 1979 in Plymouth, Devon and is 39 years of age. Anstead has three siblings, all boys, of whom he’s the second oldest. He currently lives in Newport Beach California and is dating TV star, Christina El Moussa. Lou a.k.a. Louise Anstead a.k.a. Ant Anstead’s ex-wife personal details have been kept private.