Mädchen Amick Married Life with David Alexis As Impressive With The Years,Facing Nude Scene? Know about her husband and children .

Everybody wishes for a perfect partner to get married and live a long happy conjugal life. But only a few are lucky enough to have such experience. Further, having a person that shares a similar passion is hard to find. Well, Twin Peaks actress Madchen Amick,46, and her husband David Alexis are few of those people. Moreover, they have been happily married for more than 24 years with two impressive children to the family. We will bring you all the details on her husband and children. Further, we will unveil the secret for Amick facing Nude scene in the Movies and TV series.

Madchen Amick evident affection and passion for her husband

Besides being an actress Madchen Amick is a singer too. Moreover, she can play musical instruments like piano, bass, violin, and guitar. No wonder, she is married to a musician and song writer David Alexis.The pair has been married for more than 24 years and the love between them doesn’t seem to have lost a bit. Madchen is still astonished how she made David fall in love with her and how she being able to stay in the relationship for this long.

Not quite sure how I convinced him to put up w/me this long…but celebrated 27 yrs w/the most beautiful, gorgeous, patient, talented, loving, sexy man tonight @marivannala …thnk u f/making it so romantic guys! ♡♡ #anniversay #stillgotit #alwayswill

We all know Madchen is beautiful and hot but there is someone other than her seems to be a more prominent figure in the family while it comes to attracting opposite sex person. And, the person happens to be her husband David Alexis as he has shown he has all the thing needed to be a fabulous husband. Further, we can see in above post what Madchen finds in her husband.

Dedicated to my sexy husband. Will you be my Valentine my love? I’ll be home sooooooonnn 💋❤️ https://t.co/dQxZFnOogh pic.twitter.com/DvBo32IFBn

Madchen and her husband David celebrate their marriage anniversary on 16 of December with the pair married in the year 1992. Before marriage, they shared a love bound relationship for more than four years. And the astonishing fact about the pair is they had similar taste in music which led their love to grow closer. These days David is more of a personal trainer than a musician as he is more focused on physical fitness than creating music.

The pair has been together and blessed with two children who are all grown up now. They welcomed son Sylvester Time Amick-Alexis,25, (June 5, 1992)  same year the pair got married. A year later daughter Mina Tobias Amick-Alexis,23, was born(September 2, 193). Well, music runs in the family as both of children are involved in the singing profession. Mina is also an actress.

Best day ever from the best kids ever!! I’m so thankful to be the mother of these 2 beautiful human beings ♡♡ pic.twitter.com/NawHwC1Z5W

Madchen on nude scene and how she handles the situation

Portraying a character in movies and TV series involve an actor/actress going through different situation and scenes. As for the demand of scene, the character has to perform nude scene too. And Madchen is well aware of the fact. She is used to performing hot sexy girlfriend in TV series and movies and she has to face nude scene along with it. 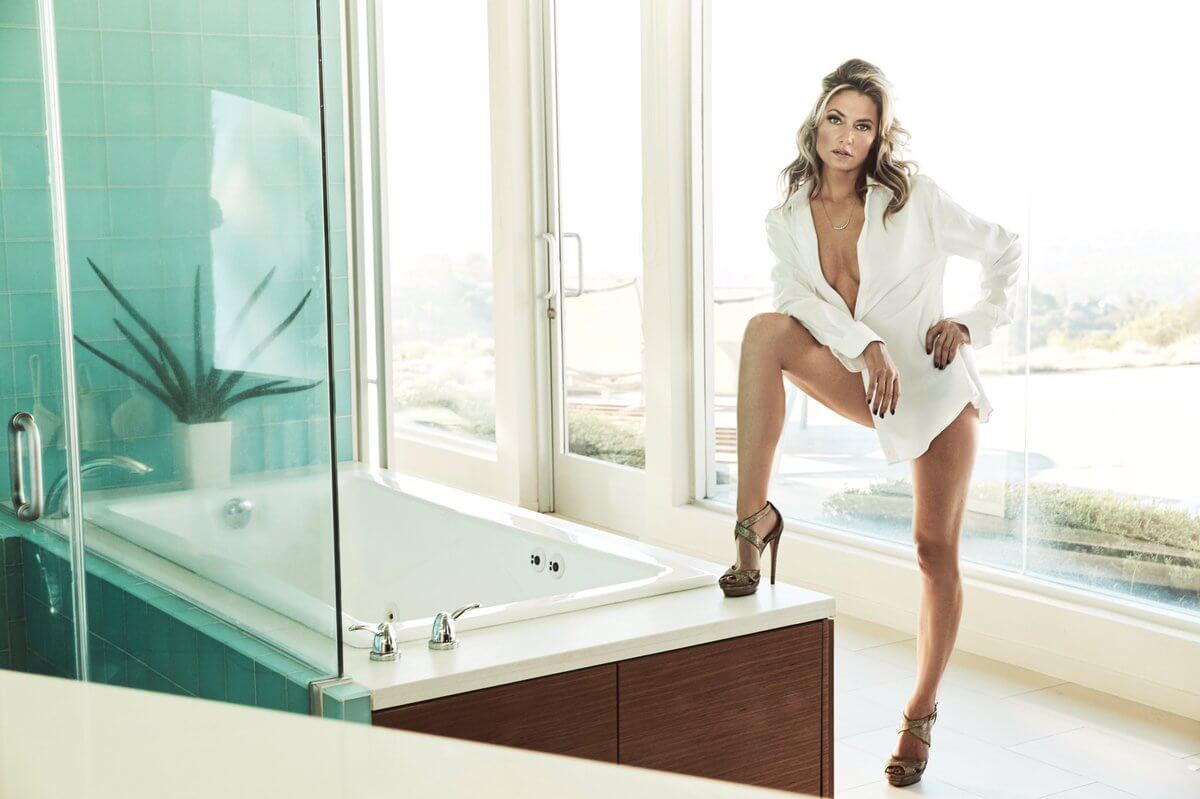 During an interview, she opened about how she portraying nude scene in TV series ‘Witches of The East End’ as she said;

“I’ve done a lot of shows where I’m the ‘hot sexy girlfriend’ and the nudity can be pretty gratuitous. But when Wendy bares her body, it’s not about being the ‘sexy part’ at all. It’s because she’s a witch who turns into a black cat and back. She just happens to be naked when she turns back. She’s really matter of fact about it. I love her attitude.”

Further, she talked about handling the situation with the nude scene;

“You have to be confident being naked on set – and you have to trust they’re hiding anything that needs to be hidden. You don’t want any nasty camera angles, so it pays to keep in with the cameraman.”

Born on December 12, 1970, in Sparks, Nevada, U.S, Madchen Amick is an American actress. She is born to mother Judy Amick and father Bill Amick. Madchen has a height of 5 ft 5 in (1.68m). She is best known for her role as Shelly Johnson on the cult TV series Twin Peaks. More recently she portrayed Alice Cooper in TV series Riverdale(2017) and will return in its upcoming season. Madchen actively involved in acting since 1998 and still going strong with her profession. She is a well-established TV series actress but she has yet to gain similar height in movies.