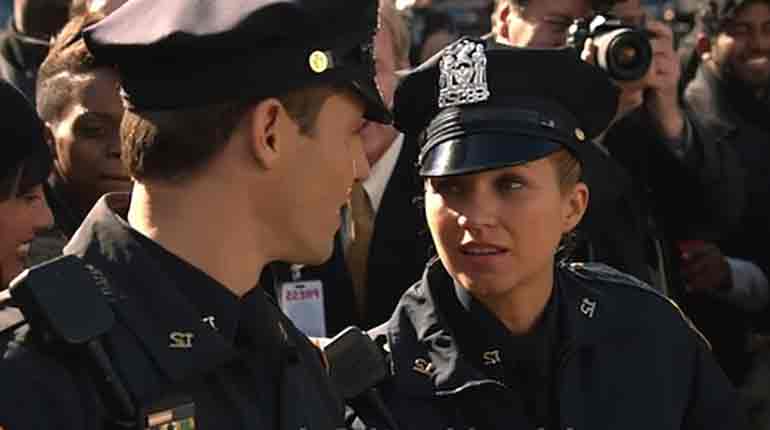 Blue Bloods is a police crime drama series that premiered on CBS on September 24, 2010. It currently has eight seasons but was renewed for a ninth season by the network on April 18, 2018. The TV show centers on the Reagans who are a family of cops.

The patriarch of the family and police commissioner is Frank Reagan played by Tom Selleck. His youngest son, officer Jamie, is partners with officer Eddie Janko portrayed by Vanessa Ray. And the chemistry between the two is undeniable.

However, over the course of seasons 7 and 8, there have been rumors that Vanessa is leaving Blue Bloods. Is she? And is she married or dating? What’s her net worth and age? Find out below.

One storyline millions of Blue Bloods fans have been rooting for is a love affair between Eddie and Jamie. Will Estes plays Jamie. After Vanessa debuted on the show in season 4, the two became patrol partners.

And with time, they developed feelings for each other. They confessed these feelings to one another and even shared a kiss on season 7 episode 8. But on discovering they would be reassigned to new partners if they pursued a relationship, they chose not to. 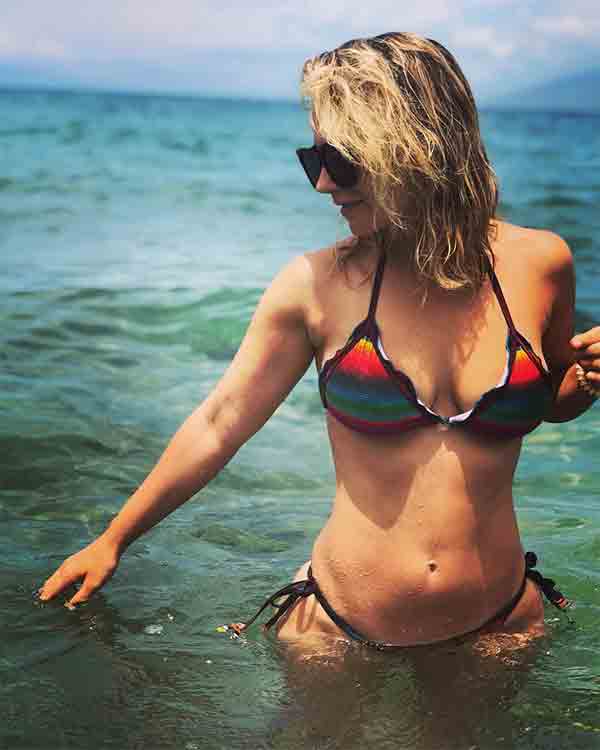 However, in the last episode of season eight, things took a turn around. Jamie and Eddie get engaged and decide to remain partners after learning there’s no official rule forbidding it. So no, Vanessa isn’t leaving Blue Bloods. If anything her role just got cemented and we can’t wait to see what’s in store for the couple in Blue Bloods season 9.

Is Vanessa Ray married or dating?

Vanessa Ray is married to one Landon Beard. They got married at Condor’s Nest Ranch, San Diego on June 14, 2015, after six years of dating. Landon is Vanessa’s second husband.

She was previously married to Canadian actor Derek James Baynham. The two were married from 2003 until they divorced in 2009. She has no kids from either marriage or outside. 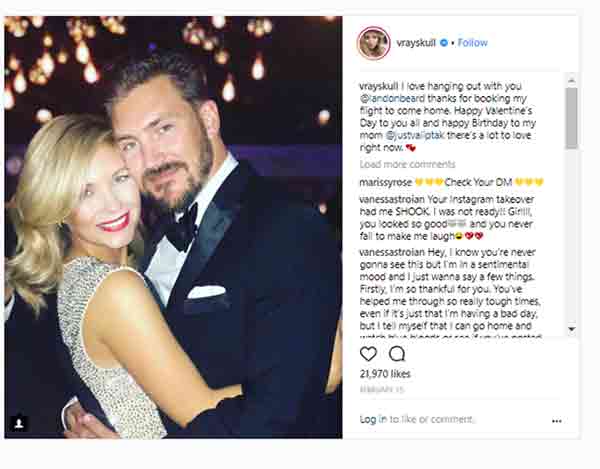 However, a rumor claiming she’s pregnant recently surfaced. And if her Instagram photos are anything to go by, it’s highly unlikely. So until she confirms or denies the pregnancy or better yet, we see a noticeable baby bump, it remains a rumor.

Vanessa Ray and Will Estes

You can always count on fans for wishful thinking. Especially wishing on-set romances continue even off-set. And Vanessa Ray and Will Estes of Blue Bloods are no exception to this wishful thinking. 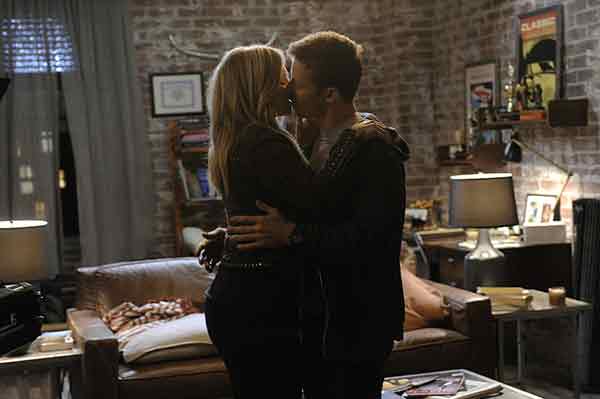 But note, although 39-year-old Estes is unmarried, Vanessa is. And for her wedding anniversary last year she posted a beautiful message that ended as so,

“…I can honestly say I’ve never loved someone the way and so much as I do you @landonbeard Thanks for growing up with me. My life with you is hopeful and beautiful and fun and sweet and safe and kind and filled with peace.”

Hmm, don’t hold your breath for a real-life romance between the said co-stars.

Vanessa Ray Liptak was born to James and Valerie Liptak on June 24, 1981, in Livermore, California. She is 36 years of age. Vanessa, who’s also a singer, has performed on several Broadway shows and musicals including Finding Nemo: The Musical and Hair: The American Tribal Love-Rock Musical.

READ MORE:
Abigail Hawk is married to her husband Bryan. Know her children and net worth