American legendary journalist and bestselling author Cokie Roberts is no longer with us. She died at the age of 75 in Washington after a long battle with breast cancer.

Cokie Roberts, whose real name is Mary Martha Corinne Morrison Claiborne Roberts, died on Tuesday, 17th September, of complications from breast cancer that she was diagnosed with the disease in 2002. She was 75 years old.
Her family confirmed the tragic news releasing a statement claiming that they will miss her beyond measure both for her contributions and for her loving and kind nature.

Likewise, ABC News president James Goldston also confirmed the news in a statement announcing that Cokie died all surrounded by her family and closest friends.

Goldston praised her insightful analysis of politics and policy in Washington, making numerous newsmaking interviews and her support and encouragement for the younger generations who loved to follow her footsteps.
Cokie Roberts was born on 27th December 1943, in New Orleans, Louisiana to mother Lindy Boggs worked as an ambassador to the Holy See whereas her father Hale Boggs served as a Democratic Congressman for Louisiana. She was the pair’s third child and eldest daughter.
The late journalist Cokie started her journalism career in 1992 working as a senior news analyst and commentator for NPR. She then began working as a political commentator for ABC as an on-air analyst.

READ MORE:
Is Paula Dietz Rader Dead or Alive? Was She Murdered by Her Husband?

Before beginning her journey to ABC News in 1998, she was an active contributor to PBS serving in the evening television news program, The MacNeil/Lehrer NewsHour.
Cokie’s incredible coverage of the Iran-Contra Affair won her Edward Weintal Prize for Diplomatic Reporting in the year 1988. In addition to her contributions at NPR, she is also widely known for co-hosting The Lawmakers.

Before joining NPR, she was a reporter for CBS News. Besides her journalism career, she hosted and produced a public affairs program on WRC-TV. She even served as a president of Radio and Television Correspondents’ Association.
Talking about Cokie Roberts’ personal life, she was married to husband Steven V. Roberts who was her fellow journalist. They got married in 1966 and was together till her last breathe.
The pair welcomed two children and six grandchildren. The couple’s daughter Rebecca Roberts has followed their footsteps and was one of the hosts of POTUS ’08 on XM Radio. 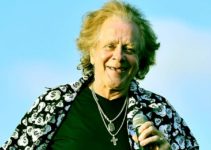 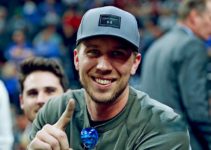