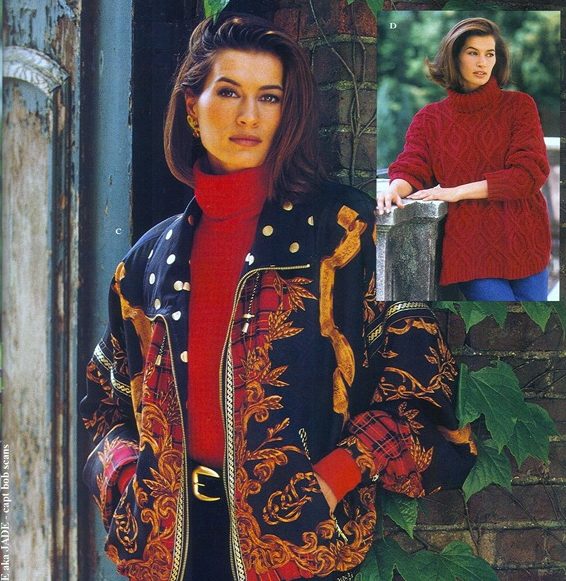 Annette Roque also known by her professional name as Jade is a former model. When a handful of Dutch model established themselves in America, Roque was one of such success story. Born in Netherland in 1966, Roque left the country at the age of 22  while looking forward to her modeling career. She enjoyed modeling profession during late 80’s and 90’s.

At the age of 51,  Roque has left her modeling days in past however she still enjoys a life of a celebrity credit to her marital relationship. She is the wife of American Journalist  Matt Lauer who served for two decades as co-host of NBC show “Today” until he was fired due to sexual allegations. In this wiki like bio check out more information on Annette Roque including her married life and affairs.

Annette Roque was born in Netherland to a Dutch mother, Johanna Struijk, and an Indonesian father. She grew up in a town called Alphen aan de Rijn. Her Indonesian father was the director of human resources for the city of Amsterdam. Annette is of mixed ethnicity which roots back to Indonesian, Chinese, French, and Dutch.Though a renowned model, surprisingly there is no information about her education.

She persuaded her modeling career from her early age which came fruitful after she got in her early 20’s. In 1988, Roque left Amsterdam for Paris looking forward to her profession. Soon she got her break after she met French modeling agent Patrick Lemire. It didn’t take long for her to become a familiar face in Europe. Having perfect exotic looks and beautiful, Anette appeared in numerous cosmetic ads in Europe. Roque was one of the sought-after models at the time. 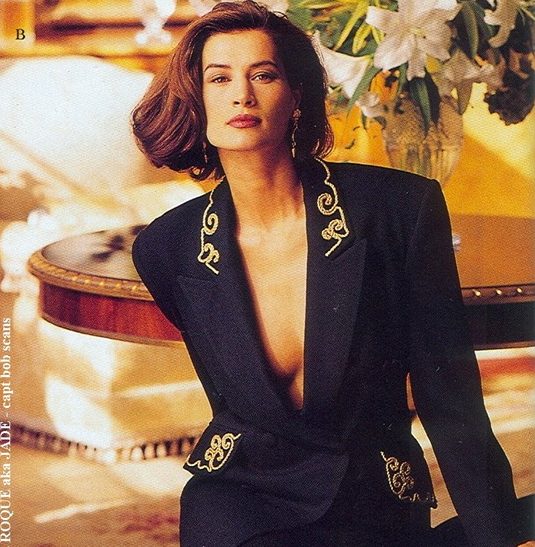 Caption: Annette Roque (A.K.A Jade) during peak of her modeling career during early 90’s

Later she relocated herself to New York, America where she appeared in J.Crew, Victoria Secret catalogs with supermodels Stephanie Seymour, Frederique van der Wal, Jill Goodacre, Suzanne Lanza, Kara Young, Yasmeen Ghauri, Daniela Pestova and so many other big models. She was a trademark name for Revlon Cosmetics identified by her professional name as Jade.

Affair: How she met her husband Matt Lauer?

Roque and Matt Lauer met on a blind date in July of 1997 set by their mutual stylist friend, Maria Santoro. The first date didn’t go well between the pair as they parted amicably. However, they give another chance a few days later that’s when their chemistry clicked.

Her Engagement and Wedding

After five months in the relationship, the couple got engaged. Matt popped up with the proposal with a pear-shaped diamond while the two were in Venice. The relationship took next step after the two got married in a private wedding ceremony on October 3, 1998, with a few of 100 guests attending the ceremony. The wedding took place at the Presbyterian Church in Bridgehampton less than 10 minutes away from the reception site in the town of Water Mill, New York. Maria Santoro who set the couple for the first blind date was one of two Bridesmaid.

Roque’s married life with Matt Lauer has blessed them with three children Jack Matthew (2001), Romy (2003), and Thijs Lauer(2006). The two are married for 19 years however their marriage wasn’t always a success story. The two went through rough patches especially during 2006 when Roque filled for divorce. According to the divorce papers, Matt was not only cruel and inhuman to his wife but also exhibited aggressive behavior towards her. Also, the divorce report blames Matt for giving higher priority to the profession than the family causing Roque feeling abandoned and isolated.  However, the papers were ultimately withdrawn three weeks after they were filed.

1997: Met Matt Lauer on a blind date in July and got engaged after five months

2006: Filled for divorce with Matt Lauer (pregnant with the third son) and later withdrew after few weeks